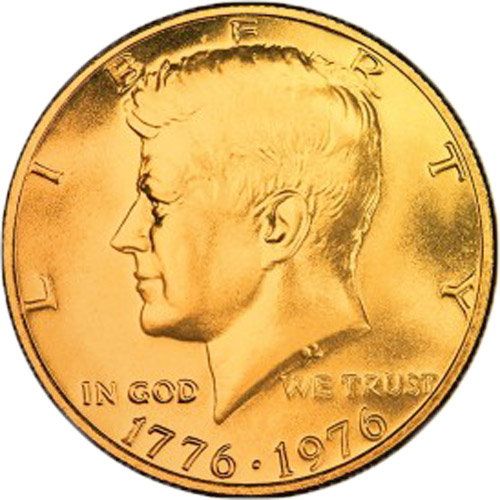 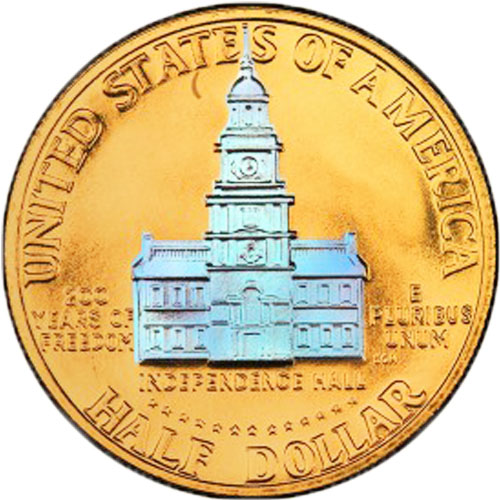 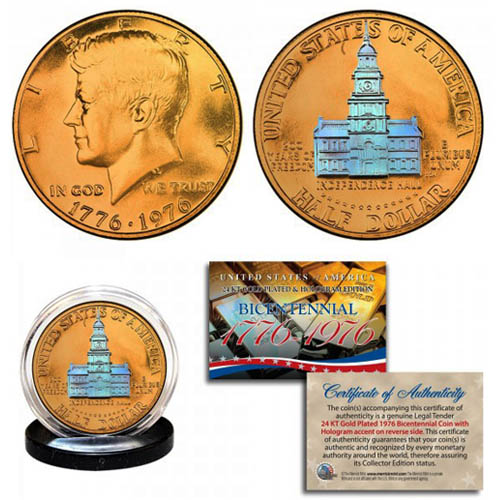 When the United States celebrated the 200th anniversary of the signing of the Declaration of Independence, the US Mint released a series of commemorative coins in honor of the occasion. In this listing, you will find the Bicentennial Kennedy Half Dollar, which has received stunning enhancements courtesy of the Merrick Mint. Now, 1976 Bicentennial Prism Hologram JFK Half Dollars with gold plating are available to you for purchase online from JM Bullion.

These 1976 Bicentennial JFK Half Dollars are authentic legal tender backed by the United States. They have received proprietary enhancements by the Merrick Mint that include 24-karat gold plating and hologram visuals. Upon delivery, you will receive the coin housed inside an acrylic capsule, as well as an official Certificate of Authenticity.

For the obverse of 1976 Prism Hologram JFK Half Dollars, you will find the original portrait of JFK designed by Gilroy Roberts. The President is shown in left-profile relief with a calm, dignified expression. Inscriptions read Liberty, In God We Trust, 1776-1976.

The 1976 Kennedy Bicentennial Half Dollar was actually released in both 1975 and 1976. However, the US Mint chose not to designate which year the individual coins were minted in. Instead, they all bear the dual dates of 1776-1976 to remind us of the 200th anniversary of the signing of the Declaration of Independence. Over 500 million of these coins were minted in total. Other Bicentennial releases included the Washington Quarter and the Eisenhower Half Dollar. The JFK was the first of the three to be issued when it was unveiled at a ceremony in Minneapolis on July 7, 1975.