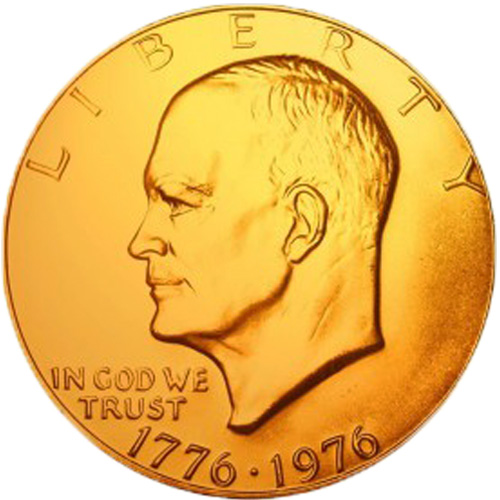 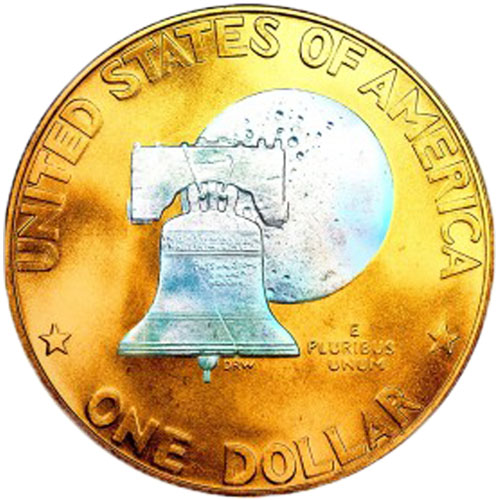 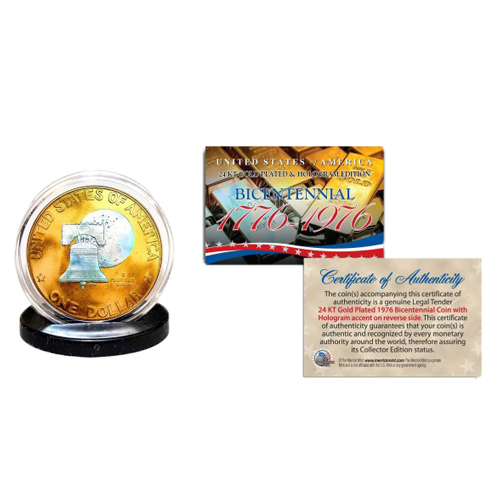 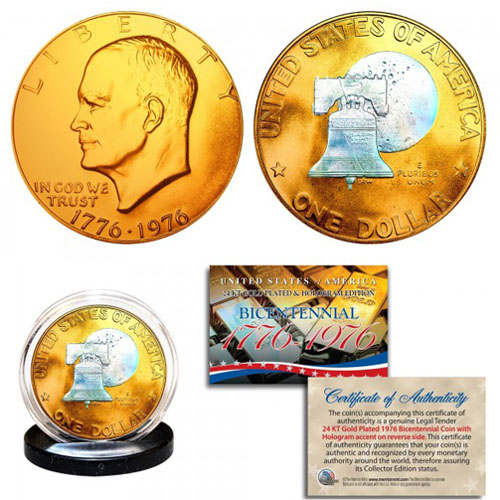 JM Bullion is pleased to offer you a new coin in celebration of the Bicentennial Eisenhower Dollar. While these coins are authentic United States legal tender, they have also been embellished with special features by the Merrick Mint. These features include 24-karat gold plating and a permanent hologram on the reverse design. Now, 1976 Bicentennial Prism Hologram Eisenhower Dollars with gold plating are available to you for purchase online from JM Bullion.

Between 1975 and 1976, the United States Mint issued three commemorative coins in honor of the bicentennial of the Declaration of Independence. Those three coins were the Washington Quarter, the Kennedy Half Dollar, and the Eisenhower Dollar. For the Eisenhower, a total of 11 million coins were minted. In addition, there were 4 million proof versions issued as well. On all of these coins, the dates read 1776-1976, regardless of which of the two years they were actually produced.

Each 1976 Bicentennial Eisenhower Dollar arrives in an acrylic capsule with a double-sided Certificate of Authenticity from the Merrick Mint. You will recognize the design, as these are genuine Eisenhower Bicentennial Dollars. However, each one has received a full 24-karat gold coating as well as hologram visuals on the iconic Liberty Bell/Moon reverse image.

The obverse of 1976 Prism Hologram Eisenhower Dollars features an effigy of President Dwight D. Eisenhower. This image was designed by US Mint Chief Engraver Frank Gasparro. Gasparro had been to the 1945 New York parade in celebration of the Allied Victory in Europe, so the opportunity to design was deeply fulfilling for him. Obverse inscriptions include Liberty, In God We Trust, 1776-1976.

On the reverse field of the Bicentennial Prism Hologram Eisenhower Dollar is the Liberty Bell superimposed against a full moon. This image was created by college student Dennis R. Williams, who came up with it while in art class. Only 21 years old at the time, he is considered the youngest person to ever have a design accepted for US coinage. Inscriptions read United States of America, E Pluribus Unum, One Dollar.

JM Bullion customer service can assist you at 800-276-6508 with any questions. You can also chat with us live online or email us directly.