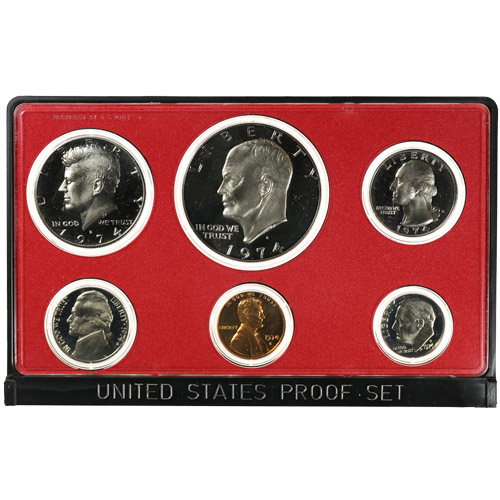 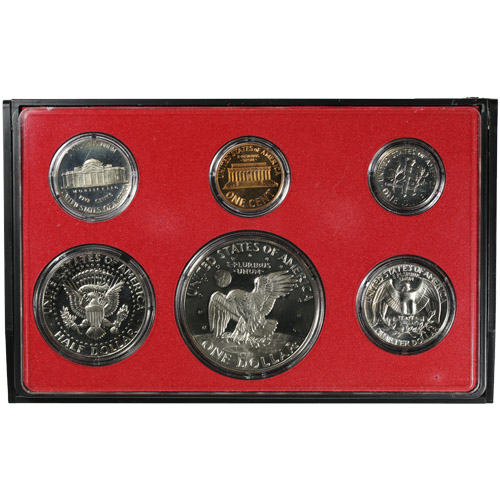 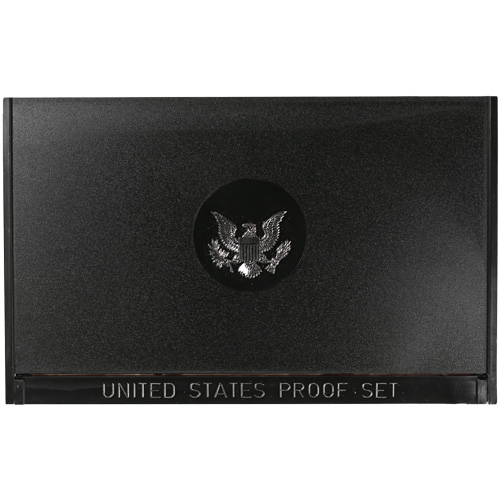 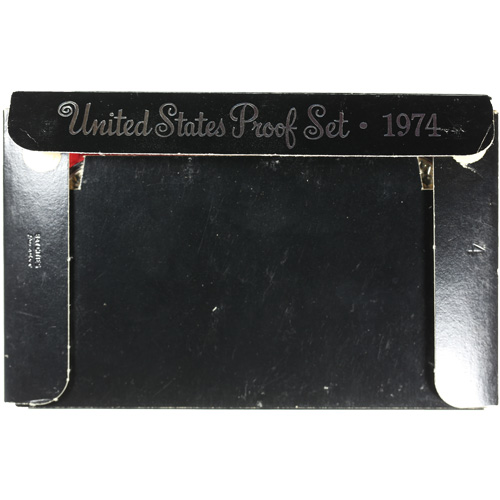 The popularity of Proof Sets continued in 1974, selling 2,612,568 sets, which was slightly fewer than in 1973. They continue to be a 6 coin set, with the inclusion – once again – of the copper-nickel clad version of the Eisenhower Dollar. Every coin in the set, except the Lincoln Cent, is a Proof-only issue. The Proof finish on the coins enhances their beauty. This set was made by the US Mint in San Francisco. Currently, this 1974 US Mint Proof Set is available for purchase online from JM Bullion.

The Proof Set consists of one each of the Lincoln Cent, Jefferson Nickel, Roosevelt Dime, Washington Quarter, Kennedy Half Dollar, and Eisenhower Dollar (Copper-Nickel clad).

The coins are arranged in a red felt-covered paper insert that makes the shine and beauty of the coins really pop. The coin-filled red paper is sealed in a two-piece clear plastic case. The clear plastic case is then inserted into a black plastic frame, with a hinged flap that can be flipped over to display the coins.

Chief Engraver John R. Sinnock created the design for both the obverse and the reverse of the Roosevelt Dime. However, much of the work in actually preparing the new coin was done by his assistant, Gilroy Roberts, who later became the Chief Engraver.

The obverse of the Roosevelt Dime features a left-facing bust of Franklin D. Roosevelt. President Roosevelt died in 1945, after suffering from polio since 1921. Since he had helped found and strongly supported the work of the March of Dimes, it was felt that creating the Roosevelt Dime was an obvious way to honor him. On May 17, 1945 the Treasury Secretary announced that the Mercury Dime would be replaced by the Roosevelt Dime.

If you have questions, please contact the JM Bullion Customer Service team, we will be happy to assist you. We can be reached via phone at 800-276-6508, via our online live chat, or via email.