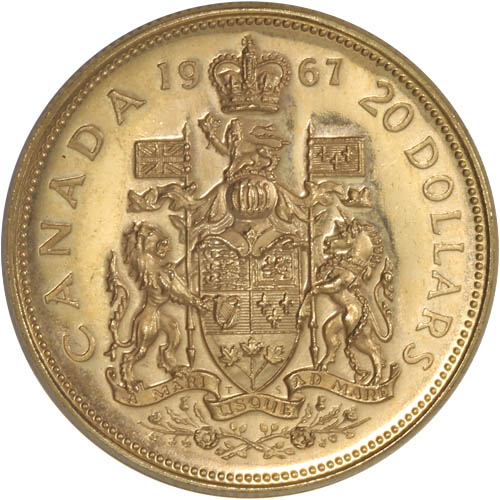 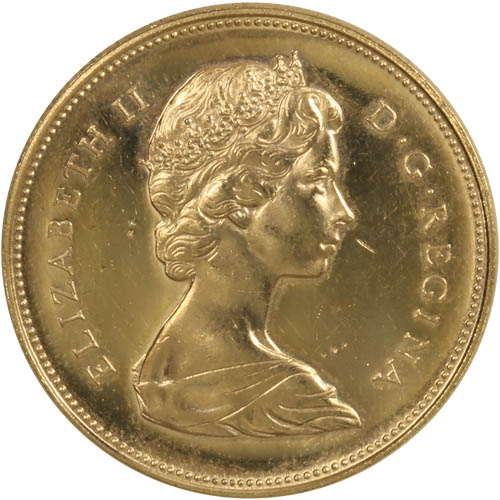 In 1867, the British colonial territories of Canada started a movement toward independence known as confederation. To mark the 100th anniversary of this movement in 1967, the Royal Canadian Mint issued commemorative coins with a bust of Queen Elizabeth II and the coat of arms of Canada. The bullion series offered BU and proof options for investors and collectors. Now, 1967 $20 Canadian Confederation Gold Coins are available to you for purchase online from JM Bullion.

Launched in 1867, the confederation process in Canada was the legislative process through which the three British colonies in Canada joined together in a federation that granted the group broader local control over the destiny of the region. The existing colonies of Canada, Nova Scotia, and New Brunswick joined together to create the Dominion of Canada.

Immediately upon processing confederation and creating the Dominion of Canada, the colony known as Canada was split into two provinces. These new provinces were Quebec and Ontario. Over the course of its history since confederation, Canada has grown from four provinces to include 10 provinces and 3 territories.

The Canadian coat of arms is showcased on the reverse elements of the 1967 $20 Canadian Confederation Gold Coin. The coat of arms for Canada is a complex one that includes various elements from British and Canadian history, including various nods to French influence in Canada.

These 1967 $20 Canadian Confederation Gold Coins are available to you as either Brilliant Uncirculated or Proof specimens. The proof coins will show hints of frosted designs and mirrored fields. The Royal Canadian Mint issued these coins only in 1967 to mark the centennial of confederation in Canada.

We cannot guarantee the specific coin you will receive. All items are chosen at random once your payment is processed. Please remember that buying multiples can result in receiving coins of the same type, either BU or Proof.

JM Bullion customer service is available to assist you with questions about gold for sale at 800-276-6508. We are also available to you online through our live chat and email address features.