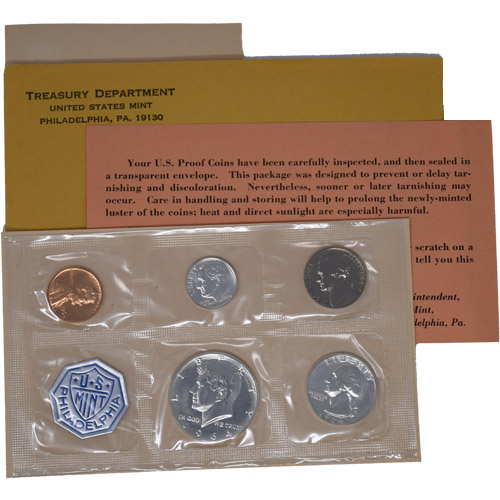 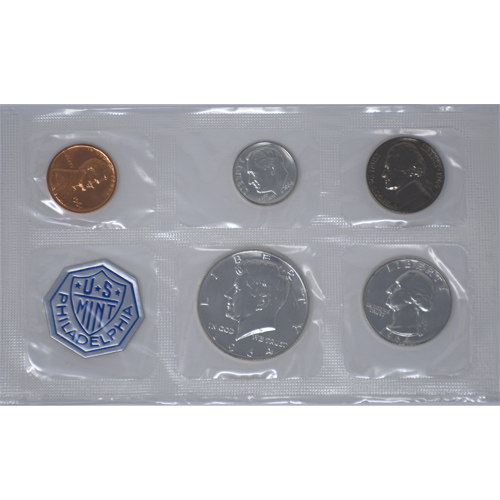 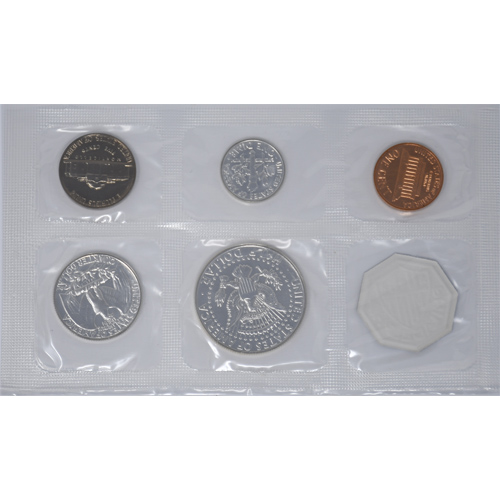 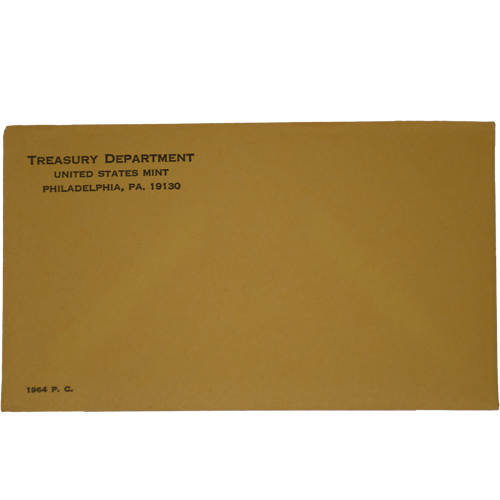 The new John F. Kennedy Half Dollar, in honor of the late President, was introduced in this 1964 Proof Set. Initial sales for this Proof Set skyrocketed, causing the mint to halt orders for them on January 11, 1964. The Mint resumed taking orders for the Proof Set but had to limit the number of sets a given buyer could purchase. Each coin is struck in brilliant proof, resulting in coins that are visually beautiful. This is also the last year that the coins are 90% silver. Currently, 1964 US Mint Proof Sets are available for purchase from JM Bullion.

Each sealed plastic pouch contains five coins plus an octagonal foil seal imprinted with US MINT PHILADELPHIA. This pouch is then inserted into a Treasury Department US Mint manila envelope.

The Proof Set includes one each of the Lincoln Cent, Jefferson Nickel, Roosevelt Dime, Washington Quarter, and the new Kennedy Half Dollar.

The 3,950,762 Proof Sets sold in 1964 held the record for the most Proof Sets minted until being surpassed by the Bicentennial year in 1976.

The obverse of the Kennedy Half Dollar features the left profile of the 35th President of the United States, John F. Kennedy. This design was created by Chief Engraver Gilroy Roberts. It was Jacqueline Kennedy who expressed the preference that President Kennedy be depicted on the half dollar, as she did not want to replace George Washington on the quarter.

This was the last year that the coins in the US Mint Proof Sets contained 90% fine silver. Beginning in 1965, the Proof Sets were reduced to 40% fine silver (silver clad).

Have questions? The JM Bullion Customer Service team can answer them for you. We can be reached via phone at 800-276-6508, via our online live chat, or via email.