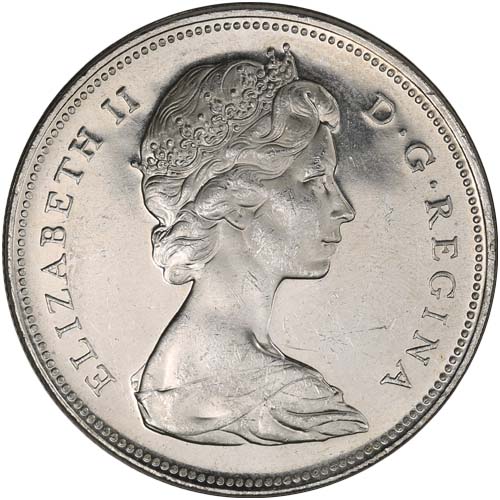 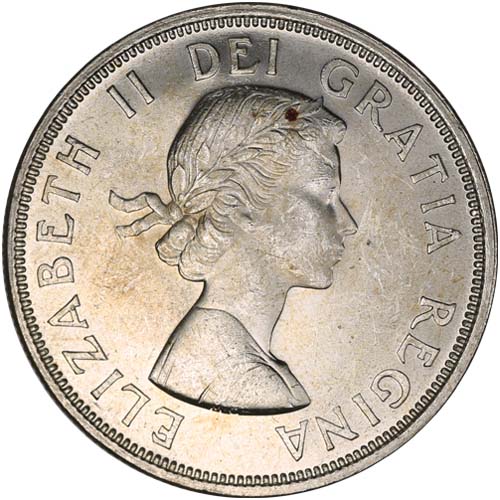 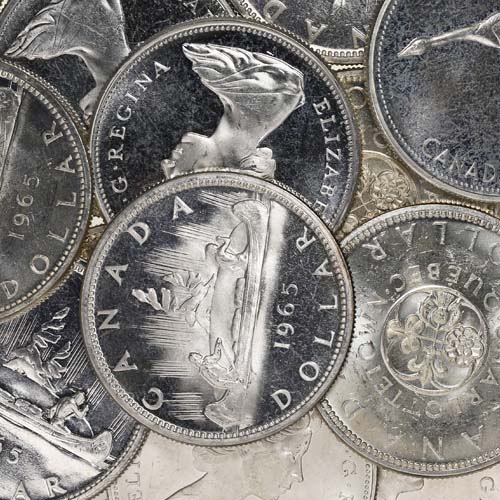 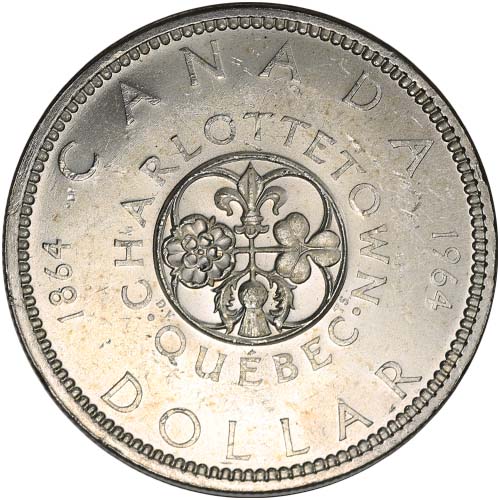 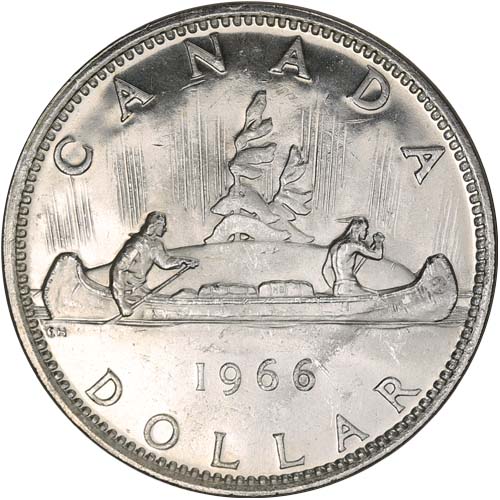 The Canadian silver dollar was a commemorative issue by the Royal Canadian Mint that debuted in 1935 to mark the Silver Jubilee of King George V. The silver coins featured a design that came to be known as the Voyageur design and was used on the Canadian silver dollar throughout its production life from 1935 to 1986. The 1958-1967 Canadian Silver Dollar is currently available to you for purchase online from JM Bullion.

Canadian silver dollar coins were conceived in 1935 by the Royal Canadian Mint to mark the Silver Jubilee of King George V. The Silver Jubilee is the 25th anniversary of a monarchs rule, and the 1935 release came just one year before George V would die on the throne. King George V was the grandfather of the current English monarch, Queen Elizabeth II.

The 1958-1967 Canada Silver Dollar Coins available to you in this product listing come with two possible obverse designs. The coins issued from 1958 to 1964 in this range include the first-ever right-profile portrait of Queen Elizabeth II. Captured early in her reign, this design showcases the Queen at the young age of 27.

Coins received through this listing with a date mark of 1965 to 1968 include the second-generation effigy of Queen Elizabeth II. This updated depiction features the Queen with a more ornate crown compared to the first-generation design, and the shortened inscription DG Regina instead of Dei Gratia Regina.

On the reverse of the 1958-1967 Canada Silver Dollars is the so-called Voyageur design. One of the original allures of the Canadian frontier was the fur trade, and in this design you see a canoe being paddled down a body of water by a European explorer and an indigenous member of one of Canadas First Nation tribes. The wavering lines of the background field are meant to reflect the Northern Lights.

Each of these Canadian silver dollars is available in AU+ condition. AU refers to coins in Almost or About Uncirculated condition, which indicates the coins show only the slightest signs of wear on the design elements. Given the age of these coins, toning in various forms is acceptable in an AU specimen.

The Royal Canadian Mint is the official sovereign mint of Canada. Founded in Ottawa in 1908, it has expanded just once in its history to include the Winnipeg facility which opened in the 1980s.

We encourage JM Bullion customers to reach out to us at 800-276-6508. You can also connect with us online through our live chat and email address.