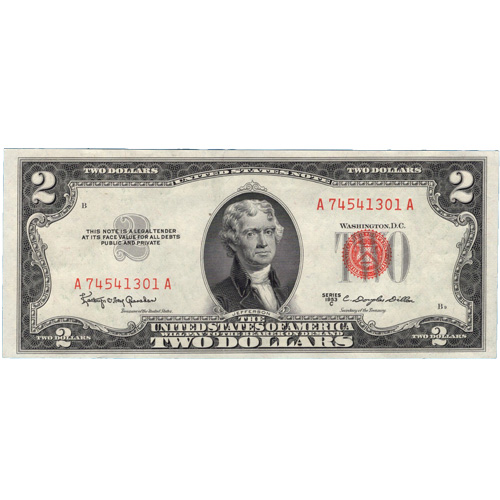 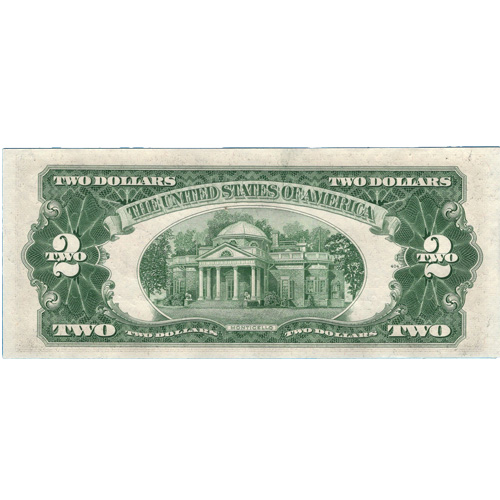 The first change in design for the small-sized $2 United States Note came in 1953, more than two decades after the note was downsized in 1928 to a more modern format. The 1953 $2 Legal Tender Note was used for a decade until its final redesign in 1963, one year before the series ended. Now, 1953-1953C $2 Legal Tender Notes in uncirculated condition are available to you for purchase online from JM Bullion.

United States Notes were produced by the Treasury from 1878 to 1927 in a larger size than modern notes available in circulation. In 1928, the United States Note, also known as the Legal Tender Note, was downsized to a format more Americans are familiar with today. The smaller notes were redesigned in 1928 in a variety of denominations.

The first change to come to the $2 Legal Tender Note arrived in 1953. The 1953 series was used without major changes for a decade. During this period, the US Treasury issued the 1953 Series note in four variations: original 1953, 1953A, 1953B, and 1953C. When the US Treasury changes series in this way, the only difference comes in the form of the signatures of the Treasurer of the United States and the Secretary of the Treasury.

President Thomas Jefferson features on the obverse of 1953-1953C $2 Legal Tender Notes. President Jefferson has the distinction of one of the longest tenures on American paper currency. Only one version of the $2 United States Note was ever issued without his effigy. The first release in 1862 and used through 1868 featured Alexander Hamilton. Since 1869, the same portrait of President Jefferson has featured on the $2 United States Notes.

These 1953-1953C $2 Legal Tender Notes are available in exceptional, uncirculated condition. Paper notes in this condition have no folds, bends, or wrinkles, even when viewed under a strong light and close visual aid. Each one of the notes ships in an individual currency sleeve. The 1953, 1953A, 1953B, and 1953C Series notes all have varying signature combinations of the Treasurer of the US and Secretary of the Treasury. In order, these combinations are Priest-Humphrey, Smith-Dillon, Priest-Anderson, and Granahan-Dillon.

Again, please note that if you purchase just one item from this listing, you will only receive a single note. We select your notes at random once your payment has cleared and cannot guarantee the series style you will receive. If you would like to purchase multiple notes, you will need to purchase several items at a time. This listing is for just one note.

JM Bullion customer service is available to you at 800-276-6508. Alternatively, we are available online using our live chat and email address features.