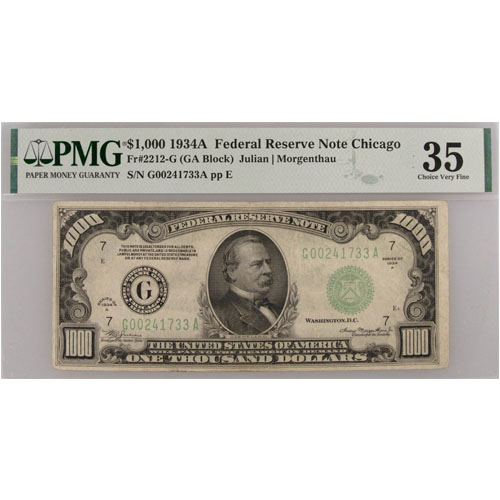 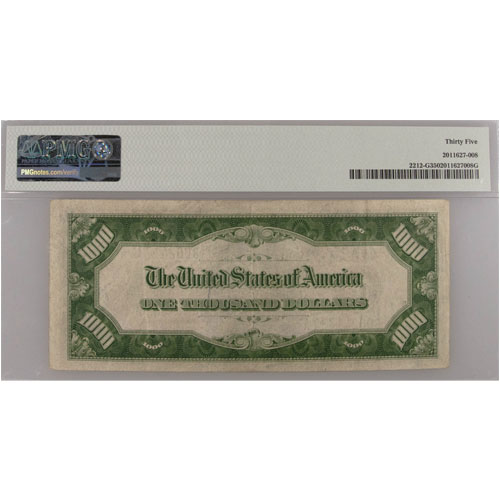 The 1918 Series of Federal Reserve Notes offered denominations that most Americans never saw firsthand. These larger bills were issued by the Treasury to better facilitate large transfers of funds from one back to the next. When the notes were removed for circulation in the 1970s, the vast majority were destroyed. Today, 1934 $1000 Federal Reserve Notes are available to you online at JM Bullion in certified condition.

All of the 1934 $1000 Federal Reserve Notes available here come with a Very Fine 35 grade. Also known as Choice Very Fine, these VF 35 notes are similar in quality to Extremely Fine notes, but the number of folds is greater. While an XF note has three to four folds, these Very Fine notes have four to seven light folds.

Please contact JM Bullion if you have any questions. Our team is here to help at 800-276-6508, online using our live chat, and via our email address.