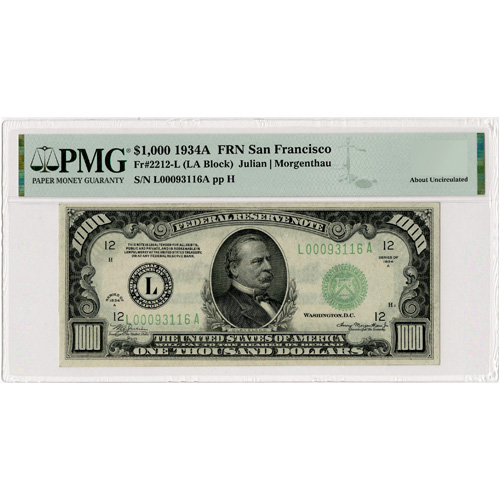 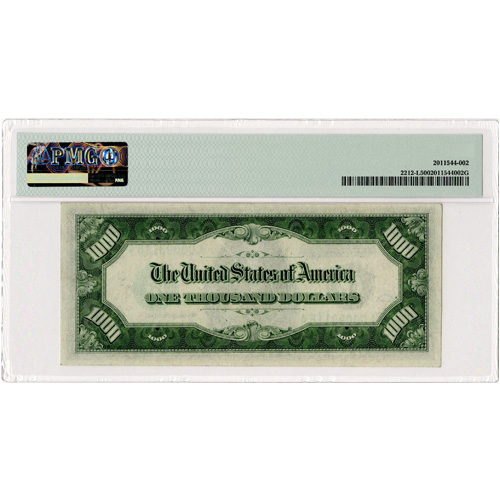 One of the largest denominations of paper currency ever issued by the United States, the $1000 Federal Reserve Note was not your average, everyday note for circulation use. In fact, though the Federal Reserve had this denomination in circulation from 1918 to the 1970s, the notes were only used for transactions between the federal government and banks or in bank-to-bank transactions. Surviving specimens are a throwback to a bygone era. Now, 1934 $1000 Federal Reserve Notes in AU50+ condition are available to you for purchase online from JM Bullion.

The modern Federal Reserve Note Series was first issued in 1914. The only denominations missing at the time that are currently available in the 21st century were the $1 and $2 Federal Reserve Notes. These were later added in 1963 and 1976, respectively. In the 1918 Series, four denominations were issued that most Americans never even saw firsthand.

These 1934 $1000 Federal Reserve Notes come with protective plastic currency sleeves. Each one has a certification of About Uncirculated 50+. Notes in this grade range have no more than two heavy fold lines, or may alternatively come with light horizontal and vertical folds. Signs of handling are common.