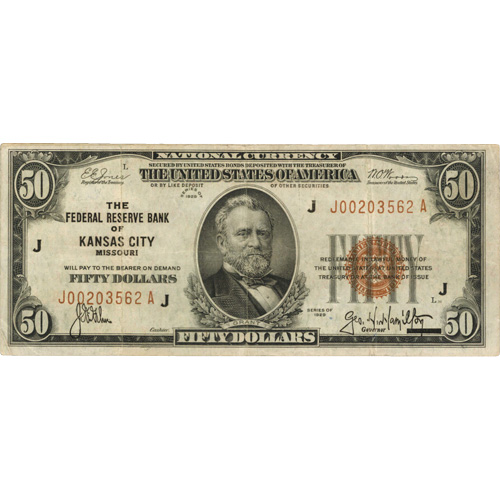 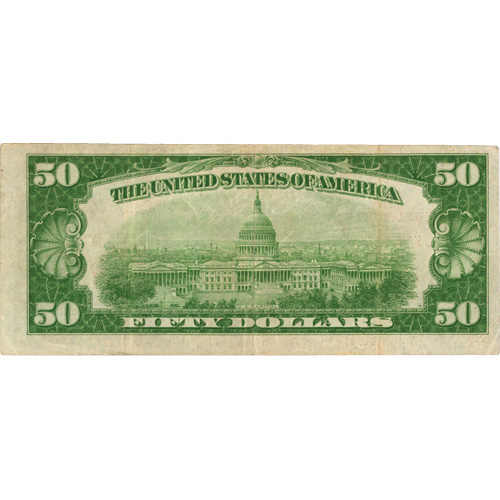 When the United States Treasury introduced the Federal Reserve Notes in 1914 and 1918, the original series of notes came in a format unfamiliar to most Americans in the 21st century. The 1914 Series and 1918 Series were printed in the large-sized format that had been used on Silver Certificates and United States Notes since the 19th century. In 1929, the US shrunk the size of the notes in the name of efficiency. Now, 1929 $50 Federal Reserve Notes in Very Fine condition are available to you for purchase online from JM Bullion.

When the Federal Reserve Note was introduced in 1914, it was released in a format that was as much as 40% larger than the modern notes now in the pockets, purses, and wallets of Americans. It wasnt until 1928 that the Treasury and the Bureau of Engraving & Printing made a change to the format of US bills.

The change in 1928 was made, in part, in the name of efficiency. When previous notes such as the Silver Certificate or United States Note were produced, a single sheet of currency paper could only produce eight finished notes after printing. With the reduction in size, the new forms of paper currency could be printed with 12 notes from a single sheet of currency paper. When the new format was introduced, Federal Reserve Notes received some minor modifications in design as well.

The U.S. Capitol Building is found on the reverse side of the 1929 $50 Federal Reserve Note. This design is new to the Federal Reserve Note in the 1929 Series and was used through 1993. The vignette depicts the Capitol Building in the foreground with the cityscape of Washington D.C. stretching out into the distance in the background, to include the Washington Memorial in the distance.

These 1929 $50 Federal Reserve Notes are available to you in Very Fine condition. Notes in this condition have moderate signs of circulation use, mild soiling, and numerous folds at worst. Notes with a better Very Fine grade have light circulation use, light soiling, and no more than 10 folds. Please note that buying multiples could result in receiving notes that have varying visual features within the range of acceptable Very Fine conditions. Each note comes with a protective currency sleeve.

JM Bullion customer service is available to assist you at 800-276-6508. We are also available to you online through our live chat and email address features.