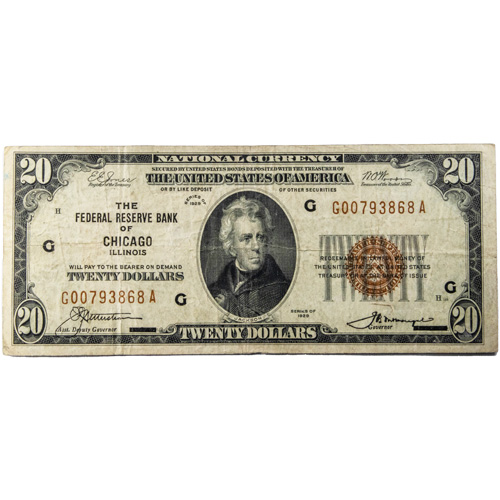 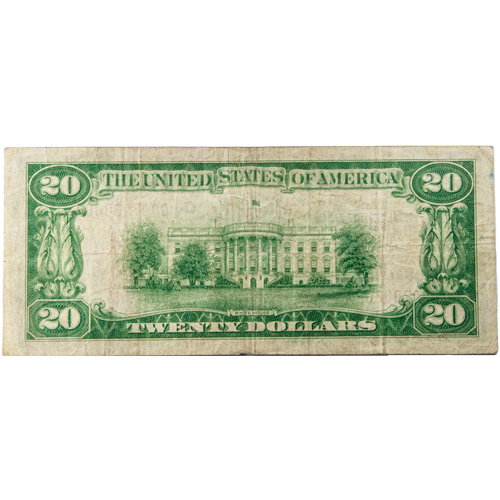 All 1929 Federal Reserve Bank Notes in this listing will arrive in Very Fine condition. As such, evidence that they have been in circulation will be clear, with light soiling and fold lines visible on the surface. Upon arrival, you will find your note housed inside a protective plastic currency sleeve.

A portrait of Andrew Jackson is featured on the obverse of these $20 Federal Reserve Bank Notes. Jackson was the 7th President of the United States and was nicknamed Old Hickory due to his stubborn resilience during the War of 1812. Also included on the obverse is the serial number in brown lettering on both the left and right sides of the note, along with the brown-colored seal.

A motif of the White House is shown on the reverse of Federal Reserve Bank Notes. The numeral 20 is shown in each corner, and along the sides are the words The United States of America, Twenty Dollars.

If you have questions about legal tender notes, please feel free to ask. JM Bullion customer service is available at 800-276-6508, online using our live chat, and via our email address.