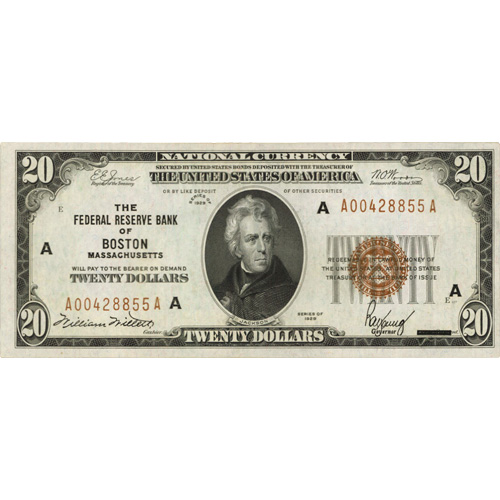 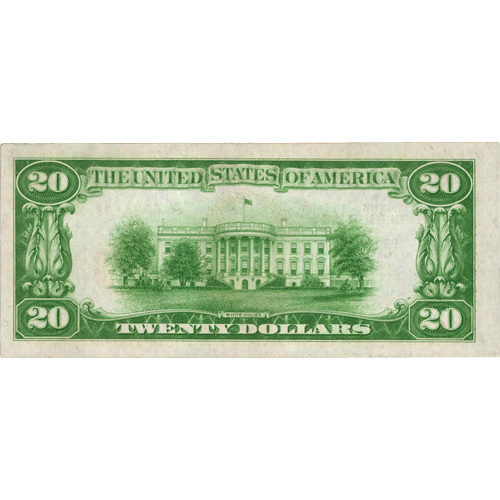 All of these 1929 $20 Federal Reserve Bank Notes are available in Choice Uncirculated condition. Notes in this condition may have slight imperfections with the centering of the portrait prints with the potential for minor flaws from handling. However, you will find no fold lines on the notes. JM Bullion guarantees each 1929 Federal Reserve Bank Note offered here is in Choice Uncirculated condition.

Please contact JM Bullion with your questions. You can reach us at 800-276-6508, chat with us live online, or simply send us an email.