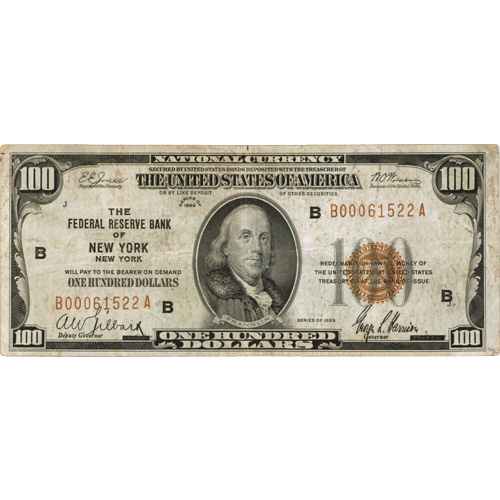 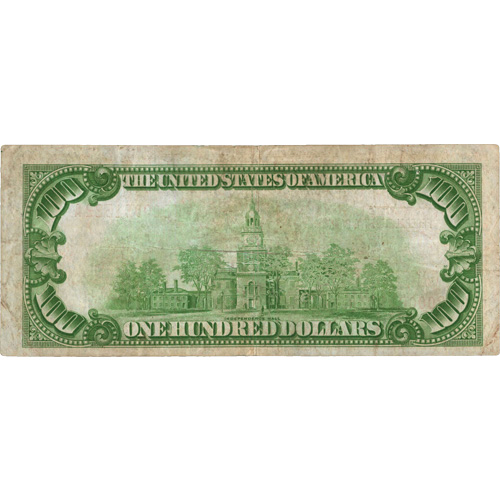 The release of the Federal Reserve Bank Note in 1915 was different than the redesign and reformat of the notes that occurred in 1929. In addition to shrinking the format of the notes in 1929, certain denominations previously available were not reissued in the small-sized format. Only one denomination that was not released in 1915 was released in 1929, the $100 note. Now, 1929 $100 Federal Reserve Bank Notes are available to you online from JM Bullion in Very Fine condition.

These 1929 $100 Federal Reserve Bank Notes are available with protective plastic sleeves. Each note is in Very Fine condition with the potential for light to moderate wear and tear, and light to mild soiling on the note. Very Fine notes could have numerous fold lines, with the best samples having a maximum of 10 fold lines. Please note the branch name on the notes could vary and that we cannot guarantee the name present on the note or notes your receive.