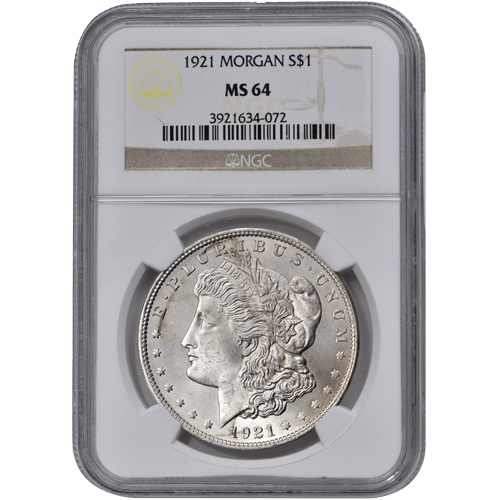 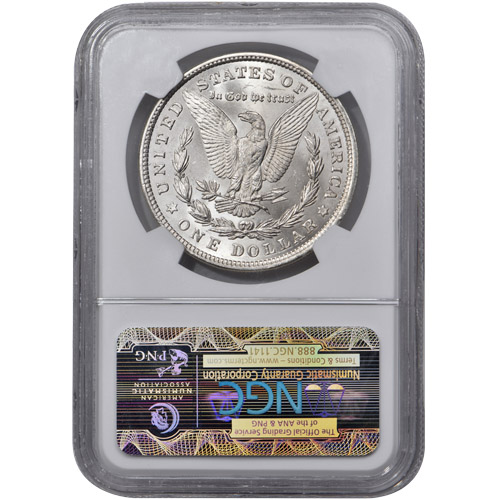 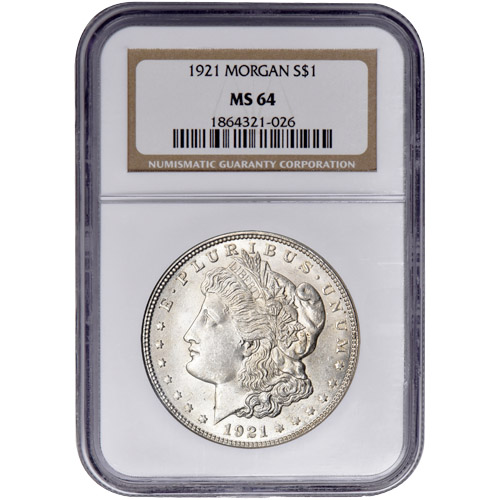 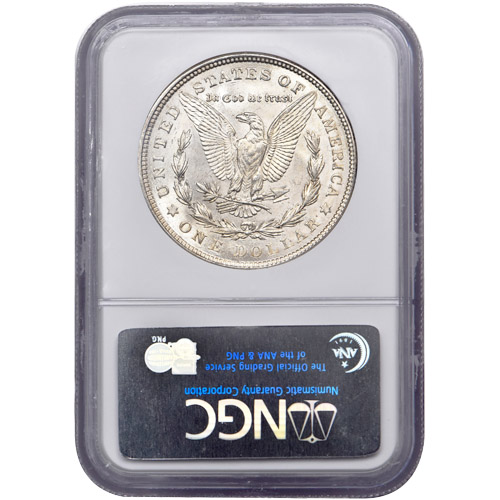 Each 1921 Morgan Silver Dollar available here comes with a Mint State 64 from the NGC. Coins in this condition exhibit average mint luster with the potential for silver small contact marks. These marks are typically grouped together or the coin may instead feature one or two heavier contact marks. Other potential flaws include one to two small hairlines and light scuff marks. It is possible that the NGC labels inside the slab could vary in color. We cannot guarantee which label color you will receive, but all coins are graded the same at MS64. If you buy multiples, you could get matching label colors or a mixture of the different labels.

Lady Liberty is found on the obverse side of 1921 Morgan Silver Dollars. This image was created back in 1878 by George T. Morgan when he was a newly-hired Assistant Engraver at the United States Mint. By 1921, the US Mint no longer had a master die for coining the Morgan Silver Dollar designs, so now-Chief Engraver George T. Morgan had to create a new master die for coining.

A depiction of the heraldic eagle is found on the reverse field of 1921 Morgan Silver Dollar Coins. This 19th-century version of the heraldic eagle was one of the final designs of the national emblem to lack a US national shield in the design element. Instead, it depicts only the bald eagle in front-facing relief with the arrows of war and the olive branch of peace in its talons.

The 1921 Morgan Silver Dollar Coins were issued by the Philadelphia Mint, without mint marks present, and by the San Francisco and Denver Mint with “S” and “D” mint marks, respectively.

If you have questions, JM Bullion has the answers. Please feel free to contact us on the phone at 800-276-6508, online through our live chat, and via our email address.