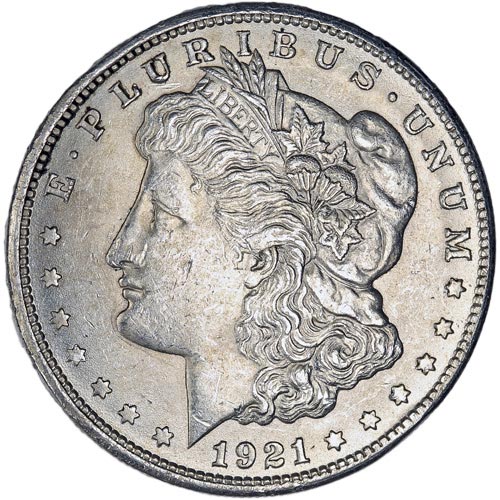 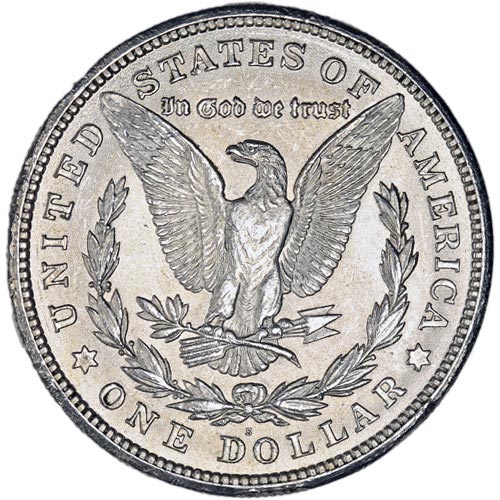 The 1921 Morgan Silver Dollar is available in AU (Almost Uncirculated) condition. Each coin has been struck by the US Mint nearly a century ago and contains approximately .7734 troy ounces of 90% pure silver. While the coin has not been minted in over 90 years, it still holds a legal tender value in the United States of $1.

The silver purchased by the Treasury under both acts was minted into the Morgan Silver Dollar. George T. Morgan, the US Mint’s Assistant Engraver at the time, created both the left-profile portrait of Lady Liberty and the bald eagle featured on the coin. Morgan Silver Dollars were produced from 1878 until 1904, when the last of the silver purchased under the Sherman Silver Purchase Act was depleted. An additional one-year minting occurred in 1921.

Although it was minted nearly 20 years after the end of other coins in the series, the 1921 Morgan Silver Dollar featured the same images as the originally minted coins. On the obverse side, Morgan’s Lady Liberty image is encircled by the phrase “E Pluribus Unum” and the year of minting. On the reverse side, the image of a bald eagle with outstretched wings is encircled by the phrases “United States of America” and “One Dollar.”

If you would like to learn more about how to buy the 1921 AU Morgan Silver Dollar or if you would like to find out more information about any of our products, we welcome you to give us a call toll-free at 800-276-6508. Alternatively you can get in touch with one of our helpful support members online via live chat or email. Be sure to browse our full selection of Morgan Silver Dollars for coins from other years.