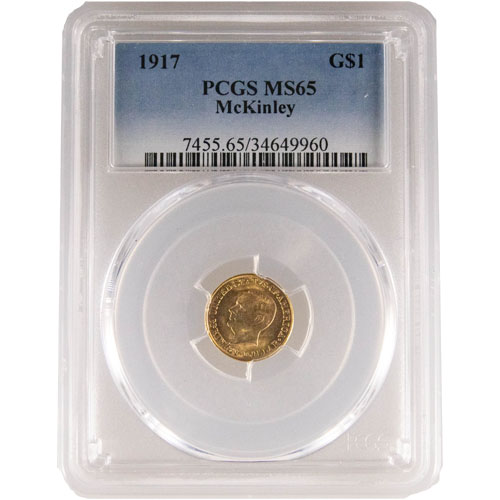 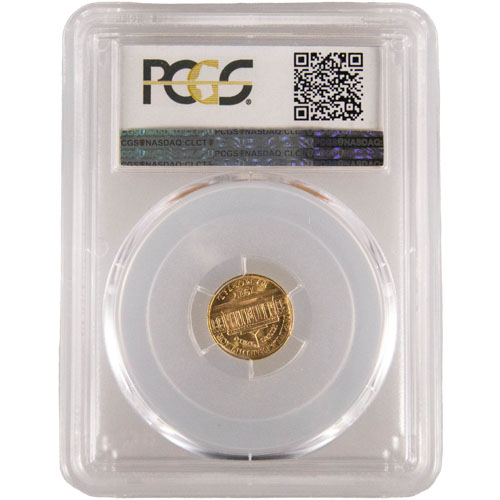 The William McKinley $1 gold coins were initially minted to help gain support for the National McKinley Birthplace Memorial. This is a library and museum in honor of the 25th president of the United States. While the coins were supposed to be silver, they were switched to gold as a tribute McKinley’s support for the gold standard during his presidency. Today, 1917 $1 McKinley Gold Coins are available to you online from JM Bullion.

These 1917 McKinley Gold Coins have been officially graded as Mint State 65 by PCGS. For a coin that is over 100 years old, this is an excellent grade. They will arrive on your doorstep protected in plastic slabs that include the PCGS grade on the label. If you enjoy vintage coins or coins featuring United States Presidents, this product is just for you.

Though William McKinley’s presidency was tragically cut short by his 1901 assassination, he nonetheless was a truly remarkable leader for the United States. He is perhaps most known for guiding the country to victory in the 1898 Spanish-American War. This resulted in US acquisitions of the Philippines, Puerto Rico, and Guam. McKinley also gained recognition for his use of protective tariffs, which helped ensure industry would remain strong in America.

The obverse of 1917 $1 McKinley Coins features a bust of William McKinley. This portrait was designed by US Mint chief engraver Charles Barber. Around the rim are inscriptions that read United States of America, McKinley, Dollar.

On the reverse side of the 1917 McKinley Gold Coin is an image of the National McKinley Birthplace Memorial. These coins were issued to help fund this site, so it is fitting that it is featured on the coin itself. The reverse design was produced by George T. Morgan. You’ll see inscriptions as well that read McKinley Birthplace, Niles Ohio, 1917 Memorial.

If you have questions, please feel free to contact JM Bullion. Our customer service team is available at 800-276-6508, online using our live chat, and via our email address.