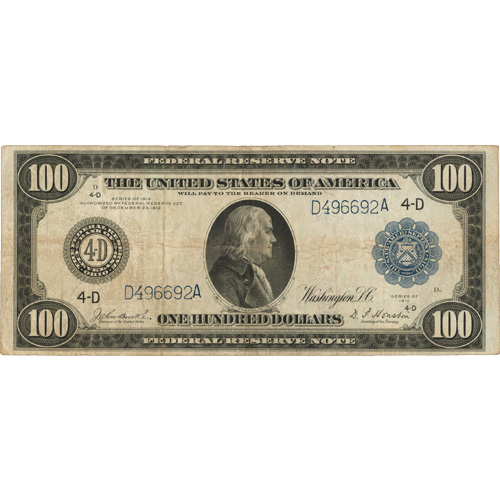 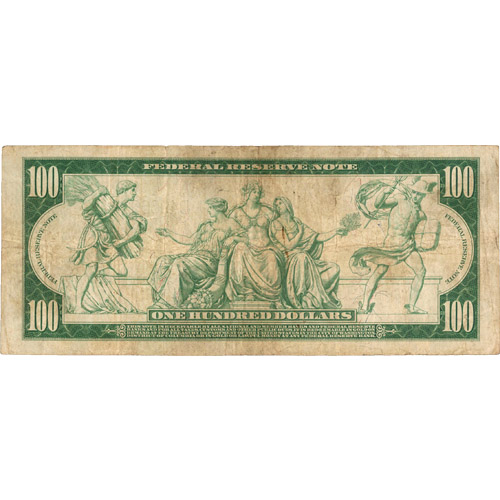 Each 1914 $100 Federal Reserve Note listed here is in Fine+ condition. Notes in this condition showcase considerable circulation use with signs of wear and tear that include rounded corners and margin spits. Finer examples in this condition may have less obvious wear and tear, but still present with rounded corners, margin splits, and fold lines. All notes come with a plastic currency sleeve for shipping.

Benjamin Franklin appears in right-profile relief on the obverse of the 1914 $100 Federal Reserve Note. His effigy appears here is a unique design that was changed with the new small-sized notes were introduced in 1929.

Five allegorical figures are depicted in the reverse design of 1914 $100 Federal Reserve Notes. This design featured only on this note during its large-sized issue from 1914 to 1928. It depicts male and female allegories representing Labor, Plenty, America, Peace, and Commerce.