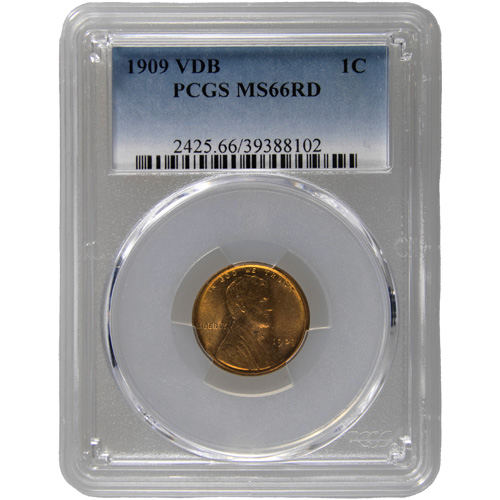 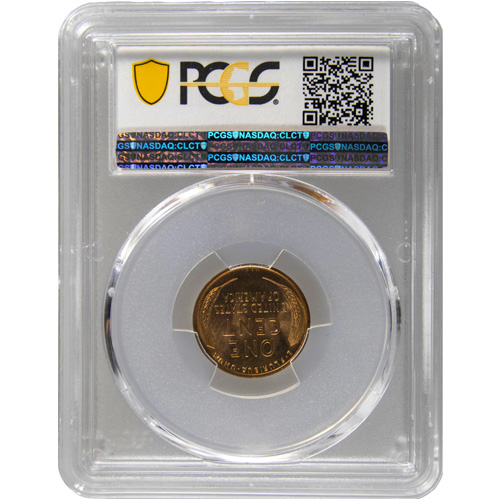 The United States Penny has one of the most interesting production histories of any American coin. First struck in 1793, the US Penny was once a much larger coin by size than it is today and originally featured nearly 100% copper in its metallic alloy. From 1864 to 1982, it boasted 95% copper and went through far fewer design alterations. In fact, since the 1856 transition to the small cent format, the coin has had just three designs. Right now, 1909 VDB Lincoln Wheat Pennies are available to purchase online from JM Bullion in certified condition.

Each 1909 VDB Lincoln Wheat Penny available in this JM Bullion product listing comes to you in a plastic slab with a Mint State 66 certification. Coins in this condition exhibit an above-average mint luster with no more than three or four minor contact marks. It is also possible for a few light hairlines to show under magnification. The RD notation in the label means these coins have a red mint luster.

The 1909 Lincoln Penny marked the end of the Indian Head Cent and the start of a new era in American coining. While the Lincoln bust remains on the penny to this day, more than 110 years later, the more important feature of this release is what the portrait of Abraham Lincoln meant for the future of American coining. This was the first time an American president featured on such a widely distributed coin. In the decades to come, the likes of Presidents George Washington, Thomas Jefferson, Franklin D. Roosevelt, and John F. Kennedy would all come to grace American circulation coins.

President Abraham Lincoln features in right-profile relief on the obverse of 1909 Lincoln Wheat Pennies. This bust was created in 1909 for the penny and was first used on the Lincoln Wheat Cent design variation, a program that ran through 1958 before being replaced with the reverse image of the Lincoln Memorial.

Two wheat stalks are found in the reverse design of the 1909 VDB Lincoln Wheat Penny. This design offers a view of two wheat stalks surrounding the denomination of the coin. The notable feature of these 1909 pennies is the inclusion of Victor David Brenners VDB initials. This only occurred during the first several months of production in 1909. The coining of pennies was eventually halted and the VDB initials were removed after some public backlash.