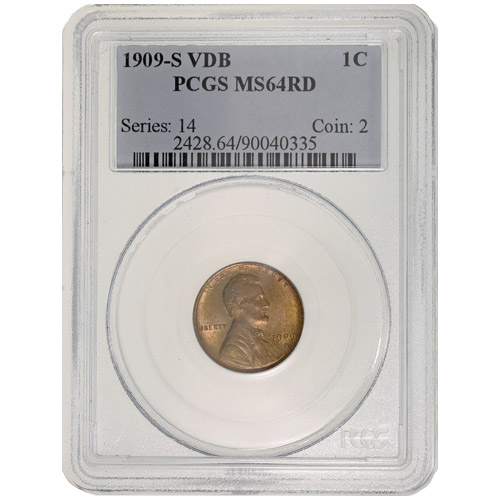 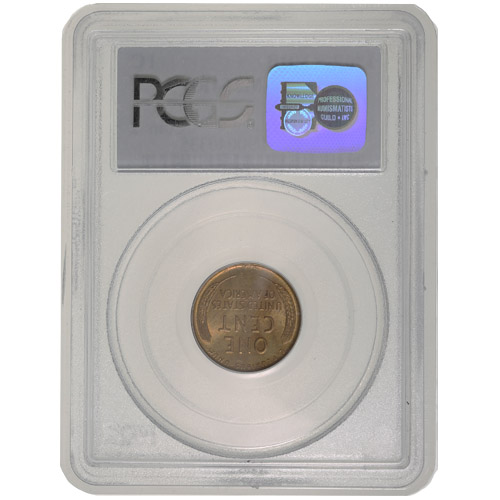 One doesnt necessarily think of the US circulation penny as a valuable investment, but historic versions of these one-cent pieces from as recently as the 20th century have incredible value due to their copper content. Add rarity into the mix and the Wheat Penny, or Lincoln Cent as it is generically known, is a valuable pickup. The 1909-S VDB Lincoln Wheat Penny is currently available to you for purchase online from JM Bullion with PCGS certification.

The US penny has been produced by the United States Mint since 1793. The Lincoln Cent is the name for the circulation pennies struck from 1909 to present, but within that series, there are varying reverse design elements. Wheat Pennies were the first in the series and were produced by the US Mint from 1909 to 1958.

In this product listing from JM Bullion, you have a chance to purchase a unique 1909-S VDB Lincoln Wheat Penny. First and foremost, these coins were only issued as designed in 1909, the first year of availability. In addition to their age, their rarity is enhanced by the limited mintage of just 484,000 coins for circulation.

The reverse side of 1909-S VDB Lincoln Wheat Pennies lends rarity to these coins. While the engravings of One Cent and United States of America surrounded by two wheat stalks are found on all coins in the series, only these 1909 issues have the initials VDB for Victor David Brennan prominently displayed on the design fields edge on the reverse. His initials were removed in 1910 and did not return until 1918, at which point they were smaller and found on the obverse instead.

On the obverse side of these 1909 VDB Lincoln Wheat Pennies is the image of Abraham Lincoln. The 16th President of the United States, Abraham Lincoln is credited with preserving the Union during the Civil War and crafting the Emancipation Proclamation freeing slaves in the US at that time.

These 1909-S VDB Lincoln Wheat Pennies have a Mint State 64 RD certification from the PCGS. Coins in MS64 condition have average luster for the date mark, several small contact marks in groups, and one or two moderately heavy marks. The RD stands for Red, indicating these copper coins have more than 95% of their original red color.

We encourage JM Bullion customers to call us with questions about copper coins at 800-276-6508. You can also connect with us live online through our chat service or simply email us.