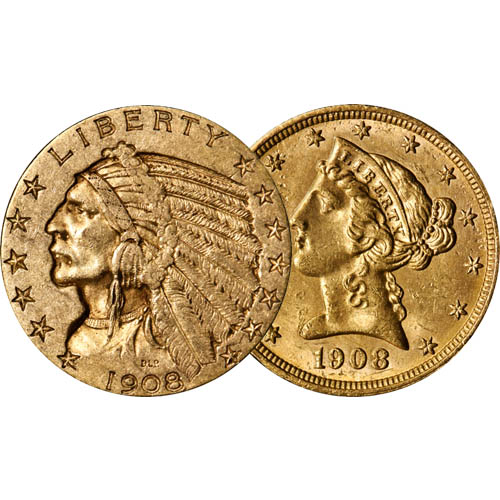 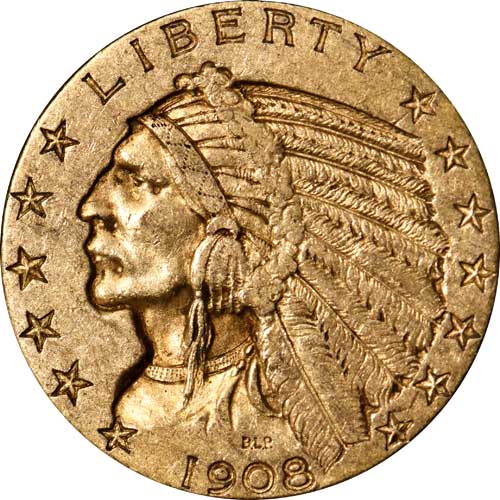 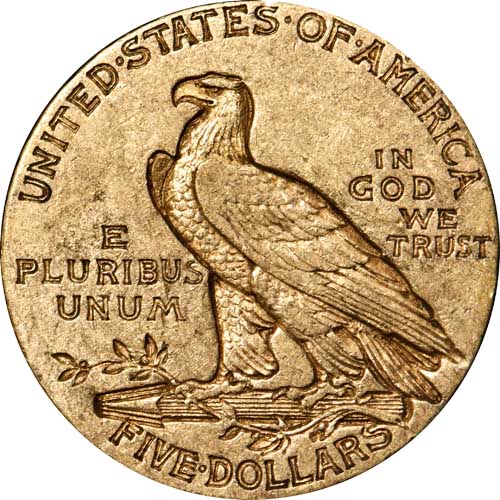 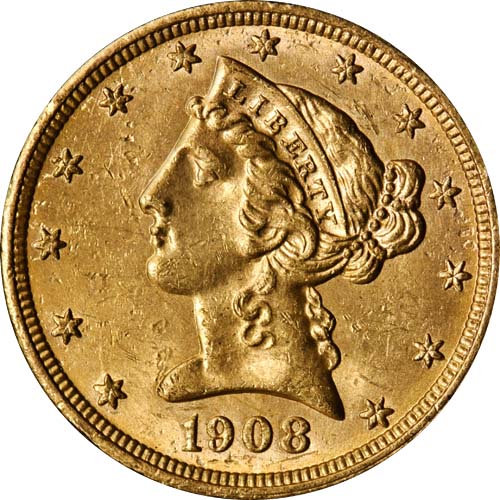 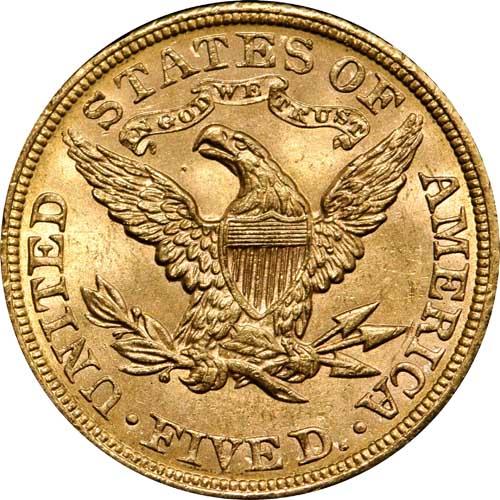 The US Eagle gold coins went through a final transformation in 1907 and 1908 as the United States Mint modernized all American coins at the request of President Theodore Roosevelt. The final design in the Quarter Eagle and Half Eagle denominations was a stunning incuse-struck portrait of an indigenous figure. In 1908, the Half Eagle coins featured an initial strike of the long-running Liberty design before the switch to the Indian Head effigy. Now, 1908 Pre-33 $5 Indian and Liberty Gold Half Eagle 2-Coin Sets are available to you for purchase online from JM Bullion.

1908 was an important transitional year for the US Eagle program. The Eagle and Double Eagle denominations had been redesigned in 1907 by Augustus Saint-Gaudens, and in 1908, it was time for the Half Eagle and Quarter Eagle to get a new design as well. The 1908 release of the Pre-33 $5 Gold Half Eagle featured initial strikes with the existing Liberty Head design before transitioning to the new Indian Head design from Bela Lyon Pratt.

The 1908 Half Eagle design changeover marked the end of the long-running Liberty Head design that had graced the coins since 1839 and been a part of American society through westward expansion, the Mexican-American War, the Civil War, Reconstruction, Industrialization, and the early Gilded Age in America. The new Indian Head design was the final design used in the series.

The obverse of 1908 Indian Head Coins in the Pre-33 $5 Gold Half Eagle Set features the first-ever incuse struck design in American coining history. The left-profile indigenous figure wears a large ceremonial headdress with 13 stars flanking the portrait. On the reverse of the 1908 Indian Head Gold Half Eagle is a depiction of a bald eagle perched on a sheaf of arrows with an olive branch wrapped around the sheaf.

These 1908 Pre-33 $5 Indian and Liberty Gold Half Eagle 2-Coin Sets come with 1908-dated Gold Half Eagles, one each from the final Liberty Head strike and the first-ever Indian Head strike. Both coins are in Very Fine+ condition, indicating the overall presence of medium-to-light wear and tear with details that are still visible.

JM Bullion customer service is available to assist you with questions about gold for sale at 800-276-6508. Alternatively, you can contact us live online using our chat service or send us an email with your inquiries.