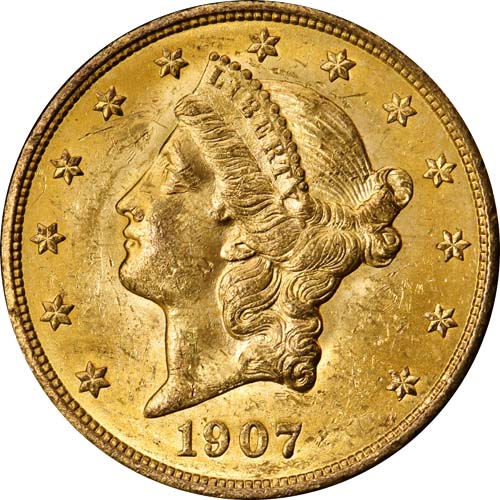 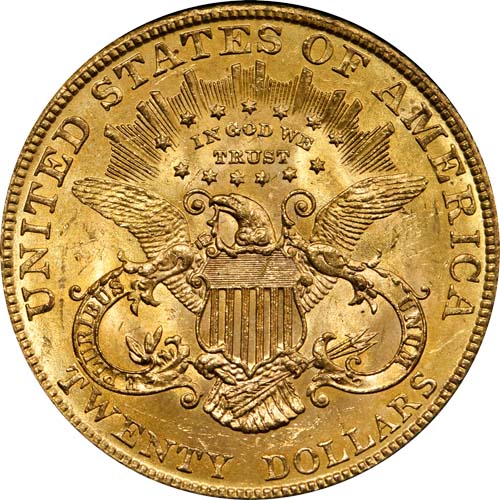 The mid-to-late 1900s brought about a drastic overhaul in American coinage. The overhaul had little to do with changing denominations, but rather, with modernizing the artwork found on America’s circulating coins. One of the first collections to step out of the classical era and into the 20th century was the US Eagle collection of gold coins. Today, 1907 Pre-33 $20 Liberty Gold Double Eagle Coins are available to you online from JM Bullion.

The 1907 release of the $20 Liberty Gold Double Eagle marked the end of a 57-year coining history for the Liberty Head design on this denomination. Christian Gobrecht’s original Liberty Head, or Coronet, design featured for nearly 70 years on the Eagle, Half Eagle, and Quarter Eagle, but it was James B. Longacre who modified that existing design for the 1850 release of the Double Eagle. The 1907 coin is one of the most coveted in the series as it marks the transition year from Longacre’s Liberty Head design to Augustus Saint-Gaudens’ iconic Lady Liberty design, the final image of the series.

All of the 1907 Pre-33 $20 Liberty Gold Double Eagles listed here come in About Uncirculated, or better, condition. Coins with this condition often have most or all of the original mint luster still present. The coins will present with light or trace signs of wear and tear visible only on the highest relief points of the specimen. Although 1907 had the second-highest mintage of the 1900s for the Liberty Head design, at 4.459 million coins, many were melted down in 1933 after President Franklin D. Roosevelt signed an Executive Order restricting the private ownership of gold. As such, the remaining 1907 Liberty Gold Double Eagles are low in number.

On the obverse of 1907 $20 Liberty Gold Double Eagles is a depiction of the Liberty Head design. Modified by James B. Longacre, it shows Liberty wearing the coronet crown in left-profile relief as a ring of 13 stars encircles her and a “1907” date mark is found below.

The reverse side of 1907 Pre-33 $20 Liberty Double Eagles comes with Longacre’s version of the heraldic eagle. Based on the Great Seal of the United States, it depicts a bald eagle with a large US national shield. The eagle clutches the arrows of war and the olive branch of peace with its talons. Above its head is a ring of 13 stars with the national motto inscribed within. Above that, you will find rays of sunshine extending from wingtip to wingtip on the eagle.

Please contact JM Bullion with questions when buying gold. Our team is available on the phone at 800-276-6508, online using our live chat, and via our email address.