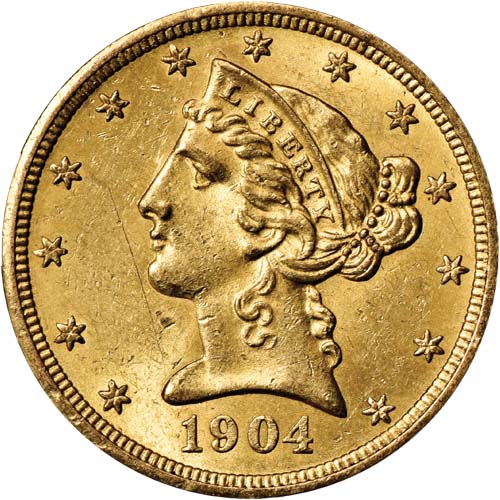 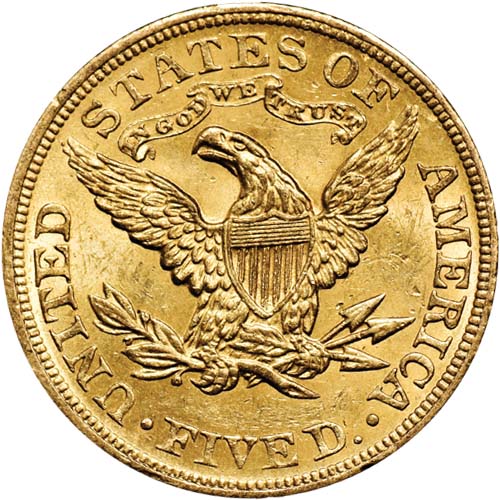 Struck from 1839 to 1908, the US Half Eagle gold coin was one of the most memorable gold coins in American history. The longest-used design in the collection was known as the Liberty Head and it featured on the coins for nearly 70 years. Now, 1904 Pre-33 $5 Liberty Gold Half Eagle Coins are available to you for purchase online from JM Bullion.

The history of the Liberty Gold Half Eagle is one that mirrors nearly a century of change for the United States. When the coins were first issued in 1839, President Andrew Jackson had recently paid off the national debt of the United States in full. As the nations economy began to grow following the California Gold Rush, the $5 Liberty Half Eagle was widely used.

These coins remained in production through the Mexican-American War, the US Civil War, Reconstruction, the Industrial Revolution, the Gilded Age, and even into World War I. The coins briefly returned during the Roaring 20s before Executive Order 6102 severely limited the private ownership of gold in the United States.

Lady Liberty features on the obverse side of 1904 Pre-33 $5 Liberty Gold Half Eagle Coins. This image was designed for the series more than 60 years earlier in 1839. Christian Gobrecht was the designer of the Liberty Coronet bust and he would go on to serve as the 4th Chief Engraver of the United States Mint just one year after this design.

The heraldic eagle of the United States is depicted in the reverse field of 1904 Pre-33 $5 Liberty Half Eagles. This design was also created by Gobrecht in 1839 for the redesign of the series. It originally depicted the bald eagle with the US national shield, olive branch of peace, and arrows of war without the national motto. In 1866, the national motto of IN GOD WE TRUST was added to the reverse face of the coins.

The 1904 Pre-33 $5 Liberty Gold Half Eagle Coins are available to you for purchase in protective plastic flips. Each coin is in Extremely Fine+ condition, indicating that there is light wear only on the highest points of the coin with some traces of the original mint luster still visible.

JM Bullion customer service is available to assist you with questions at 800-276-6508. We are also available online through our live chat and email address.