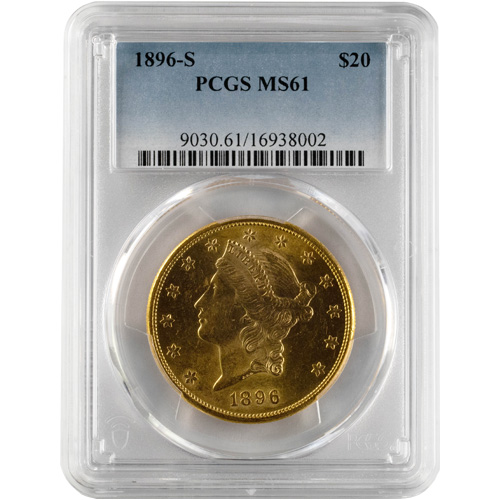 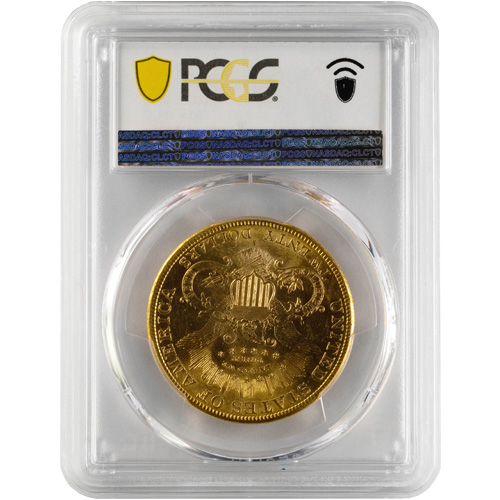 By 1896, the United States Mint was limited to issuing its Liberty Gold Double Eagles from just two mint locations. The Philadelphia Mint, as the primary branch of the US Mint, was often tasked with striking a variety of different denominations. In the 19th century, the San Francisco Mint branch was largely responsible for gold coin production. Now, certified 1896-S Pre-33 $20 Liberty Gold Double Eagle Coins are available to you for purchase online from JM Bullion.

While the US Eagle Gold Coin Series dates back to 1795, the largest denomination in the series was not released until 1850. The Eagle, Half Eagle, and Quarter Eagle were among the first-ever American coins struck by the United States Mint. In 1849, flush with gold from the California Gold Rush, the US Treasury authorized the US Mint to strike a new Double Eagle with a $20 face value.

When the coin was first introduced in 1850, it was largely intended for large commercial transactions between businesses or transfers of money between banks. Keep in mind, $20 (USD) in 1850 was roughly equivalent to nearly $700 in 2022, well beyond the average wealth of Americans of the day.

Obverse design elements on these 1896-S Pre-33 Liberty Gold Double Eagles is a left-profile portrait of Liberty. Known as the Liberty Head design, this visual was initially created in 1838 by Christian Gobrecht for the US Eagles, but James B. Longacre had to refine Gobrecht’s design in 1849 when the Double Eagle debuted as Gobrecht had died in 1844.

Reverse visuals on 1896 Pre-33 $20 Liberty Gold Double Eagles feature the most ornate version of the heraldic eagle to grace American coins. The front-facing eagle supports a large US national shield with the arrows of war in one talon and the olive branch of peace in the other. The field includes bright rays between the eagle’s wings overhead and a ring of 13 stars.

JM Bullion customer service is available at 800-276-6508. Our team is also available to you online through our live chat and email address features.