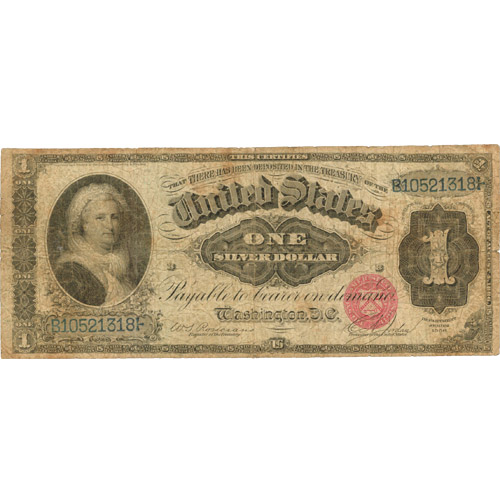 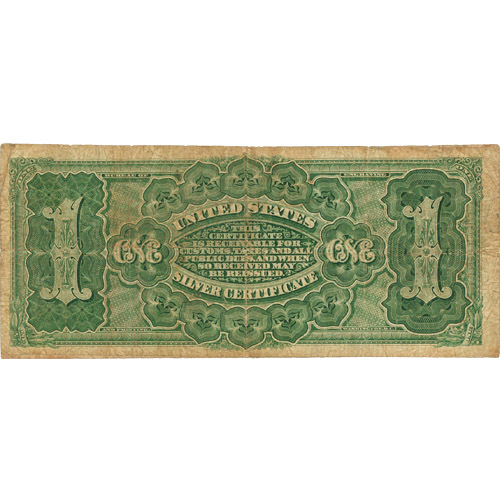 Each 1886 $1 Silver Certificate Martha Washington Note offered here at JM Bullion is available to purchase in Fine+ condition, a remarkable feat given the age of the paper note. A paper note in Fine+ condition will show considerable signs of use in circulation that include features such as rounded corners and margin splits. You will also notice fold lines throughout the note. Each note comes with its own plastic currency sleeve for shipping.

The 1886 $1 Silver Certificate was issued with a number of series, or changes to the printed notations on the note. Each note bears two signatures, typically those of the Treasurer of the United States and the Register of the Treasury. Given that the 1886 Series design was in use for 6 years before minor design alterations were made, the signature combinations on the notes changed, as did the size of the US Treasury stamp and the ink used in that stamp. In all, seven iterations of the 1886 $1 Silver Certificate were released. Please note you may receive varying iterations with your purchase through this listing and we cannot guarantee particular versions of the note in advance.

The denomination and nation of issue feature on the reverse field of 1886 $1 Silver Certificate Martha Washington Notes. At the center of the note design is printed text indicating what the certificates are usable for in commercial transactions.