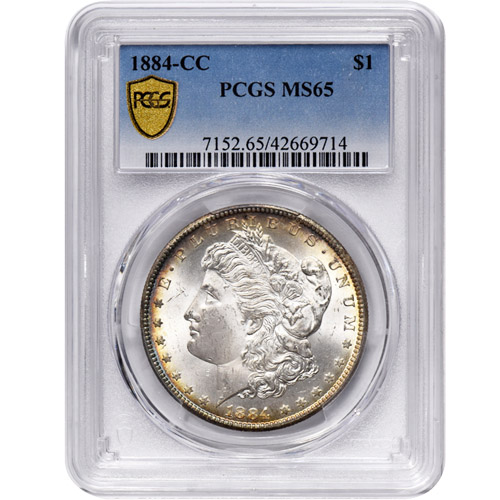 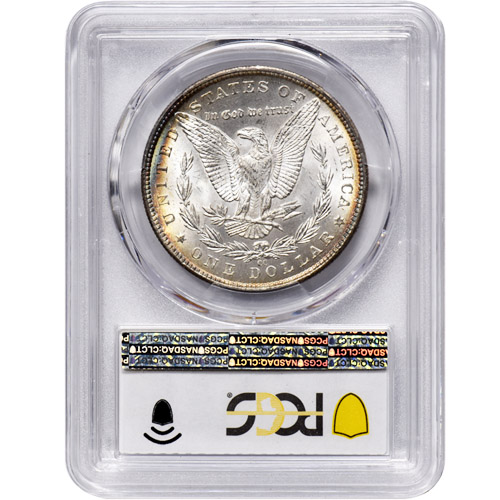 The 1884 issue of Morgan Silver Dollars from the Carson City Mint falls smack dab in the middle of the mintage range for the coins during the 13-year history of coining at the Nevada-based mint. The highest mintages recorded by the Carson City Mint came in 1878 and 1890, surpassing 2.2 million coins for each date mark. Conversely, the lowest mintages were just over 200,000 coins. With a mintage of 1.136 million, the 1884 coin is at the middle of the pack. Now, 1884-CC Morgan Silver Dollar Coins in certified condition are available to you for purchase online at JM Bullion.

The 1884 release of the Morgan Silver Dollar at the Carson City Mint marked the penultimate release of the Morgan Silver Dollar during Carson City’s original mintage series. The purpose-built mint intended to produce silver denominations for the country using locally sourced silver from mines in Nevada would strike Morgans annually from 1878 to 1885.

Starting in 1886, the mint underwent a three-year closure that saw it strike no coins in 1886, 1887, or 1888. In 1889, the mint resumed striking coins, including Morgan Dollars, until 1893 when it closed permanently. The 1884-CC Morgan Dollar’s mintage is the sixth-highest release in the series, putting it squarely in the middle of the mintage range for the 13 date marks at the Carson City Mint.

Liberty features on the obverse side of 1884-CC Morgan Silver Dollar Coins. This image features Liberty in left-profile relief with a Phrygian cap, coronet crown, and a laurel wreath, as well as an arch of 13 stars along the bottom half of the design element.

The heraldic eagle of the United States is present on the reverse field of 1884-CC Morgan Dollars. This design shows the bald eagle in front-facing relief with its wings spread as it clutches the arrows of war and the olive branch of peace. There is also an oak-and-laurel wreath on this side of the coin.

These 1884-CC Morgan Silver Dollar Coins are Mint State 65 specimens with plastic slabs for delivery. MS65 coins showcase an above-average mint luster that is nearly full, with light, scattered contact marks that are not present in the primary focal points and only scattered, minuscule hairlines.