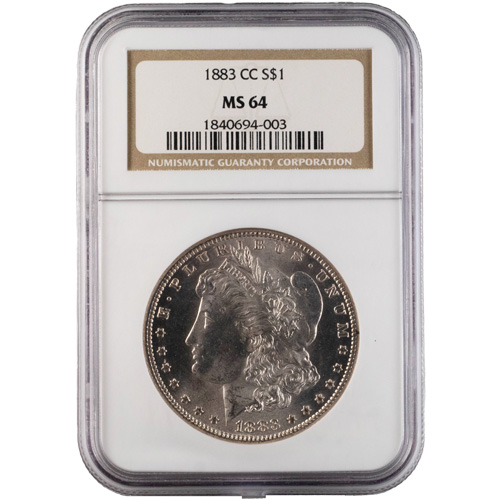 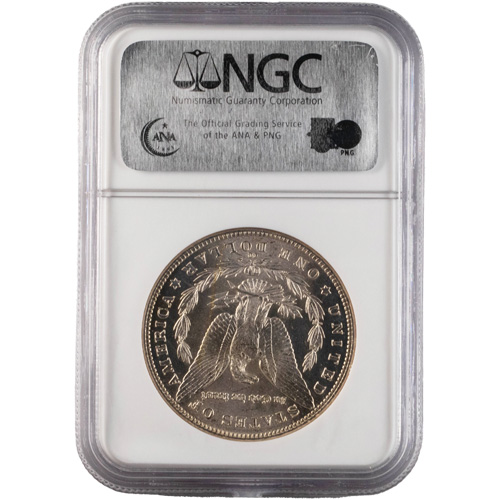 While the Carson City Mint issued various denominations of US silver coinage during its history, as well as the four denominations of the US Eagle gold series, its is arguably best remembered for its production of Morgan Silver Dollars. The Carson City Mint issued these silver dollars using locally sourced silver from the surrounding mines in Nevada.

From 1878 to 1885 and again from 1889 to 1893, the Carson City Mint issued limited mintages of Morgan Silver Dollars. Curiously, vast numbers of these coins ended up sitting in bank vaults to back Silver Certificates and were later discovered in Treasury vaults in the 1960s. The 1883-CC Morgan Dollar is well represented in the modern era. Of the 1,204,000 Morgan Dollars issued by Carson City in 1883, nearly 63%, or 755,518, were discovered in the Treasury vaults in the 1960s.

Lady Liberty is on the obverse side of 1883-CC Morgan Dollars. This effigy of Liberty offers a left-profile visual with Liberty wearing a Phrygian cap, laurel wreath, and coronet crown. For the reverse design of 1883-CC Morgan Silver Dollars, the US Mint offered the heraldic eagle design from George T. Morgan. This visual shows the bald eagle in front-facing relief clutching the arrows of war and the olive branch of peace.

These 1883-CC Morgan Silver Dollars are available in Mint State 64 condition. The NGC assigns this grade to coins that showcase at least an average mint luster, as well as groups of small contact marks, one or two heavier contact marks, and only one or two small patches of hairlines.

JM Bullion customer service is available to assist you at 800-276-6508. Alternatively, you can chat with us live online or email us directly.