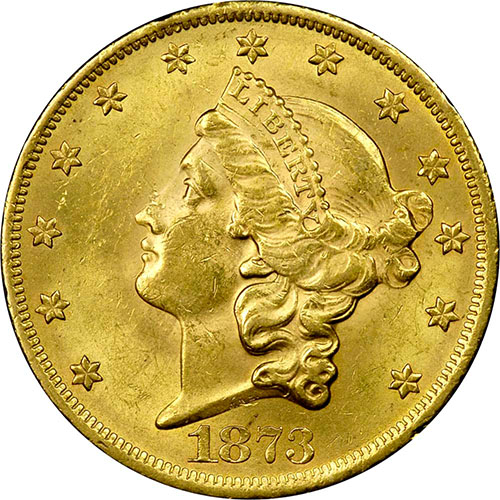 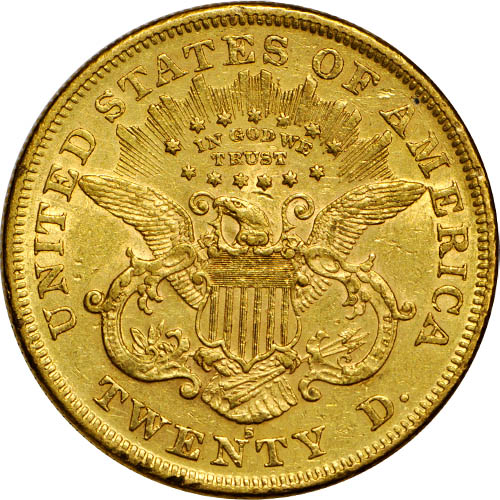 One of the most iconic coins from American circulation history is the $20 gold coin. Known as the double eagle, the $20 gold coin was authorized by Act of March 3, 1849 to convert gold from the California Gold Rush into coinage. The first new coins in this denomination were struck in 1850 and remain in circulation until 1933. The first and longest-running design of the $20 Gold Double Eagle coins was the Liberty Head. Today, you have a rare chance to purchase the 1873-S $20 Liberty Gold Double Eagle Coin Type II from JM Bullion.

The $20 Gold Double Eagle was struck by the US Mint from 1850 to 1933, but the Liberty Head design of James B. Longacre was only in circulation from 1850 to 1907 when it was replaced by the now-famous Liberty design of Augustus Saint-Gaudens. Longacre’s Liberty Head design went largely unchanged throughout its 50-plus years in circulation, though changes to the reverse design field did occur.

Each of the 1873-S $20 Liberty Gold Double Eagle Coins here is an XF specimen. Known as Extremely Fine, the NGC defines an XF coin has possessing well-defined design features with light wear evident throughout. Most XF coins show that light wear only the highest points of the design elements.

On the obverse of the 1873-S Liberty Gold Double Eagle Coin Type II is the left-profile portrait of Liberty. Known as the Liberty Head design, it features a Greek-inspired effigy of Liberty wearing a coronet in her hair which includes the word “Liberty.” She is surrounded by 13 stars around the outer design field, and the year of issue “1873” is engraved below.

The reverse of Longacre’s design for the $20 Liberty Gold Double Eagle Coin Type II bears a motif not used on other American coins at any point. The heraldic eagle appears in the center, with wings spread wide and the national shield on its chest. What makes this motif unique is the use of ornate brackets on either side and sun rays emanating above its head. “United States of America” is engraved above with the denomination below as “Twenty D.”

Type II $20 Liberty Gold Double Eagle coins are different in the series as they bring the first alteration to Longacre’s design. In the wake of the Civil War, the US Mint opted to showcase unity and the religious awakening the nation was going through with the addition of the national motto to coins. The circle of 13 stars above the eagle on the reverse has the engraving “In God We Trust.”

Please don’t hesitate to ask questions about these stunning gold coins for sale. JM Bullion customer service is available at 800-276-6508, online using our live chat, and via our email address.