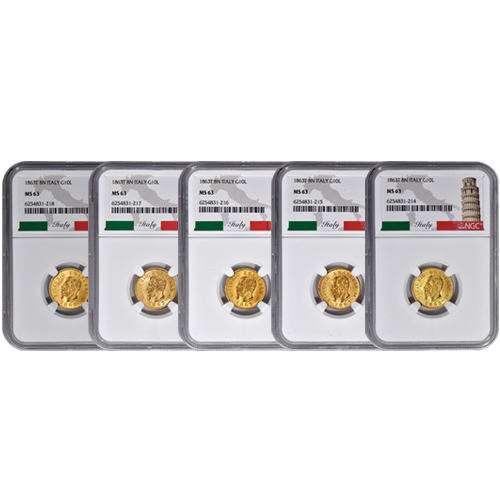 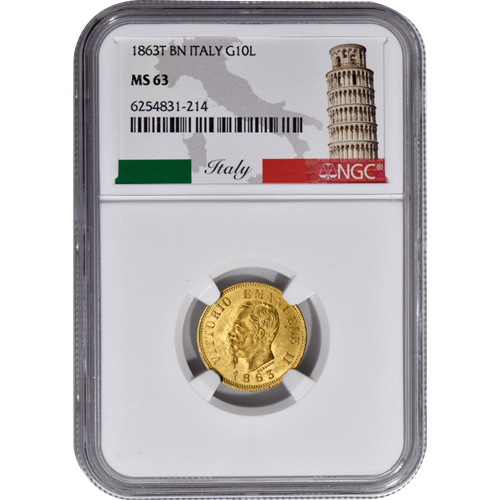 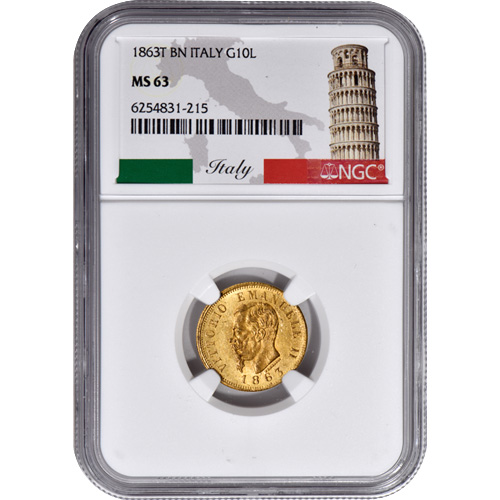 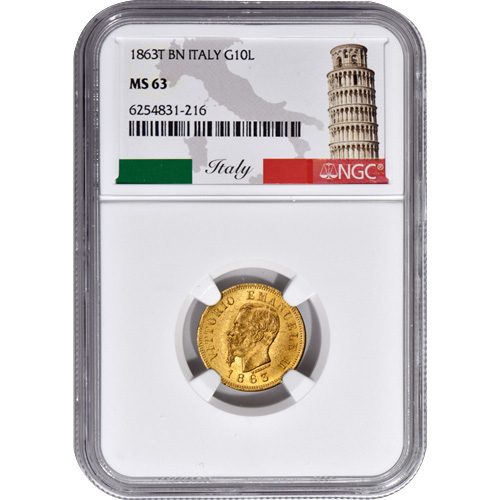 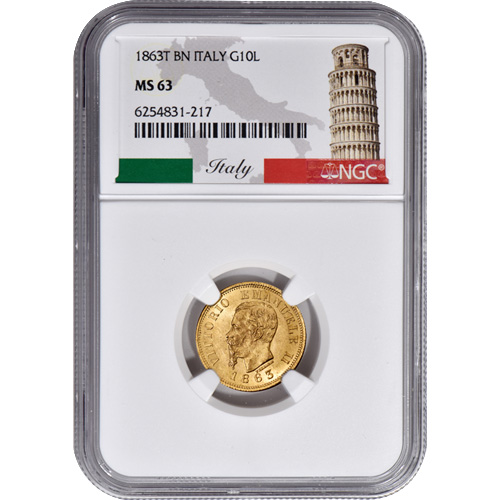 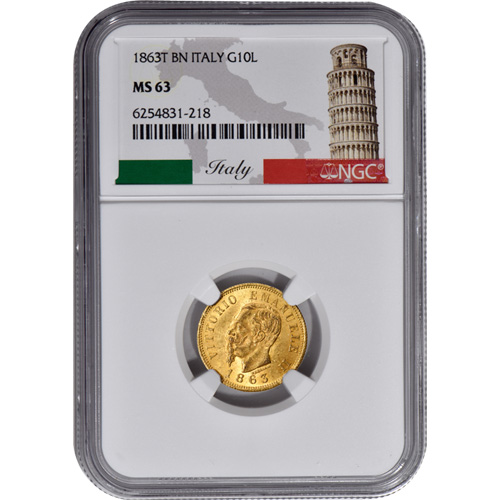 The Italian Lira was the official fiat currency of Italy from 1861 when the unified Kingdom of Italy was formed until 2002 when the modern nation of Italy adopted the Euro as a member of the Eurozone common currency. The 1863 10 Lire Italian Gold Coins were among the first issued following the unification of Italy under a single leader. Today, 1863 10 Lire Italian Gold 5-Coin Sets with certification are available to you online from JM Bullion.

Forms of currency used throughout the regions of modern-day Italy prior to unification varied by the kingdom or city-state. One of the most influential currencies prior to unification was the Venetian Lira. The cultural influence and economic might of Venice resulted in the Venetian Lira becoming a widely-used monetary denomination throughout the eastern Mediterranean. When it comes to the Italian Lira used from 1861 onward, the Sardinian Lira and the French Franc were the basis of the new currency.

All of these 1863 10 Lire Italian Gold 5-Coin Sets are available to you with Mint State 63 grades for each of the individual coins. You will receive a total of five coins, each one dated 1863. The MS63 grade is assigned to coins that have an attractive eye appeal, slightly impaired mint luster, clusters of small contact marks, and small hairlines. Each coin is individually housed in its own NGC protective slab and boasts a custom label with the Italian flag, a map of Italy, and the Leaning Tower of Pisa depicted.

On the obverse side of each 1863 10 Lira Italian Gold Coin in this 5-coin set is a portrait of Victor Emmanuel II of Italy. Prior to taking the title of King of Italy, he was the King of Sardinia from 1849 to 1861. When he merged the kingdoms together in the singular Kingdom of Italy, he became known as the Father of the Fatherland.

The reverse face of 1863 10 Lira Italian Gold Coins in the 5-Coin set has the coat of arms of the Kingdom of Italy. Based on the historic House of Savoy coat of arms, the seal features a quartered shield topped by a crown. The House of Savoy, together with its cadet houses, established control over various kingdoms in the Italian region of Europe as early as 1003 and held onto power through cadet houses through the formation of the Kingdom of Italy. Its reign only ended in 1946 with the dissolution of the monarchy.

Please contact JM Bullion if you have any questions about gold for sale. Our team can assist you at 800-276-6508, online using our live chat, and via our email address.