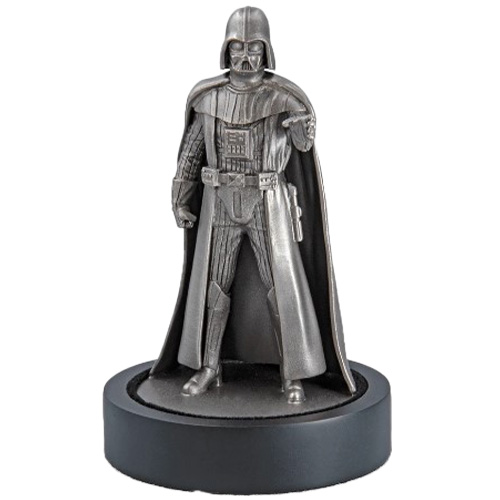 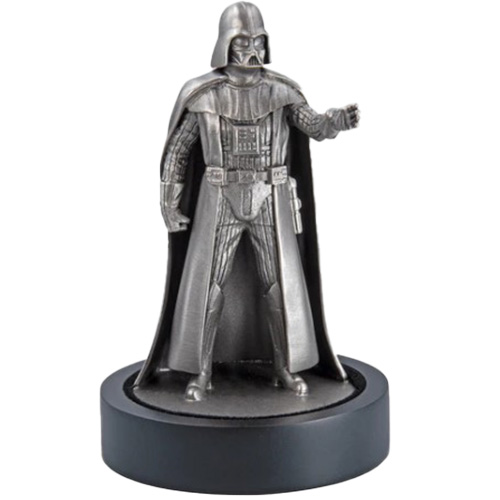 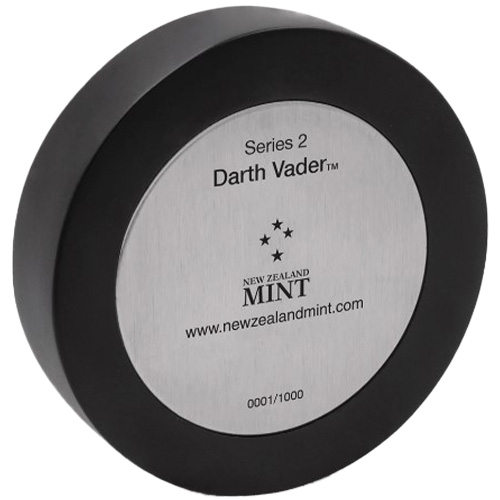 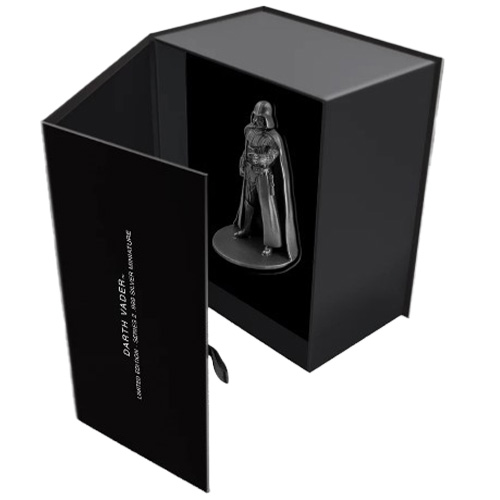 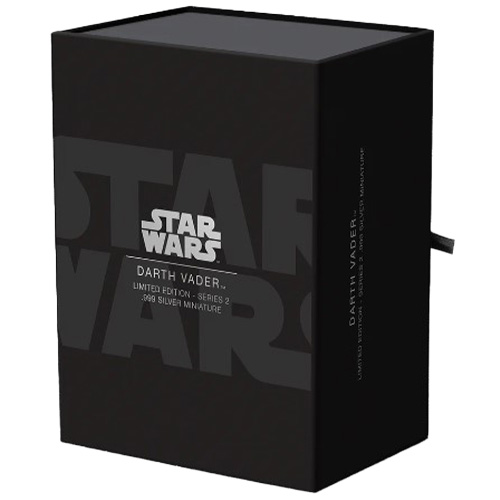 Each 150 Gram Darth Vader Miniature Statue is delivered to you protected in a velvet case with a Star Wars-themed exterior. These statues are made of genuine .925 silver and have a limited mintage of 1,000. You can find where your statue falls in the mintage on the underside of the base. For instance, if it is the first out of 1000 statues, it will read 0001/1000.

Star Wars is an iconic franchise created by filmmaker George Lucas. The first Star Wars movie debuted in 1977 and became an instant sensation at movie theaters around the world. It was followed by two incredibly popular sequels: The Empire Strikes Back in 1980 and the Return of the Jedi in 1983. A prequel trilogy was also released, as well as numerous spin-offs, TV series, and video games.

In the original Star Wars story, Darth Vader is the central villain. A cyborg, Vader wears a helmet modeled after a Samurai Kabuto as well as black armor and a cape. His lightsaber is red, which signals his allegiance to the Dark Side of the Force. While he is clearly antagonistic throughout much of the series, Vader is nevertheless a complex villain, and by the end of the story, he finds both peace and redemption.

These 150 Gram Silver Darth Vader Miniature Statues perfectly capture Darth Vader in his black suit. He is shown in an imposing stance with his lightsaber drawn. On the base of the statue, you can find the unique serial number, as well as the licensing and mint information. This stunning three-dimensional statue was designed by Alejandro Pereira Ezcurra, who has created previous Star Wars statues for the New Zealand Mint as well.

If you have any questions about silver for sale, JM Bullion is here to help. Our customer service team is available at 800-276-6508, online using our live chat, and through our email address.