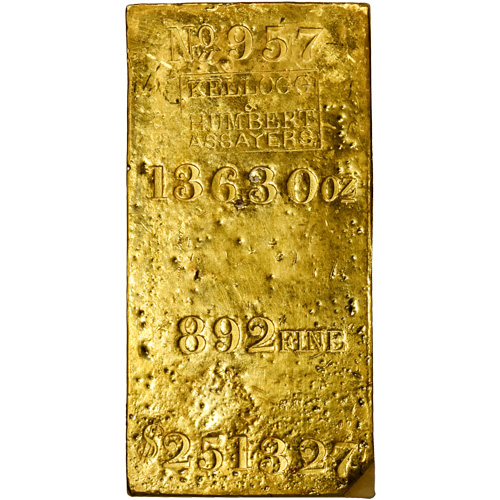 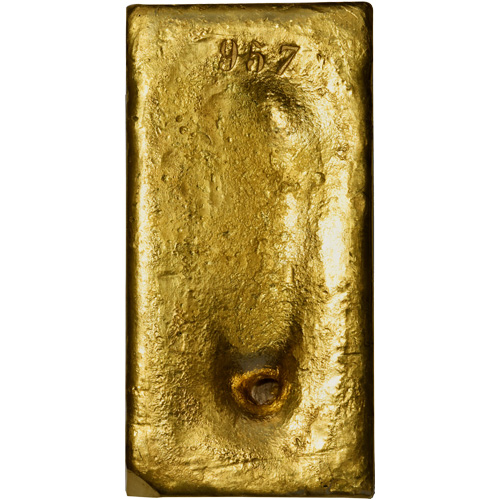 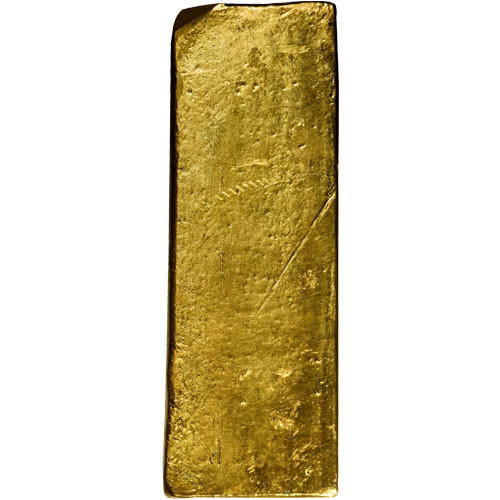 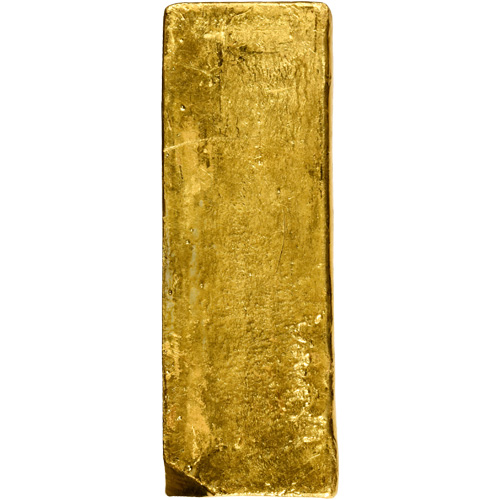 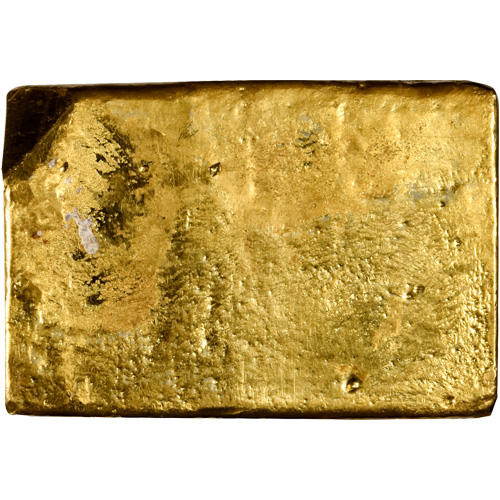 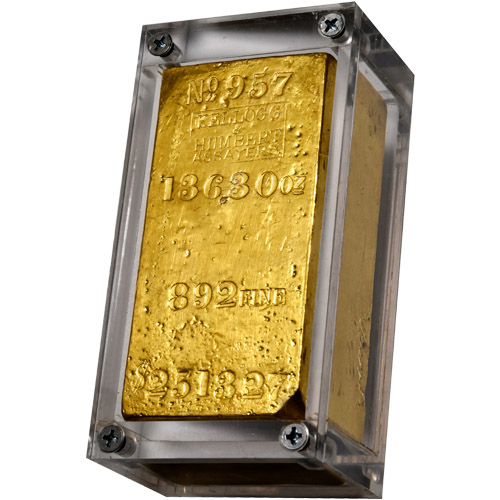 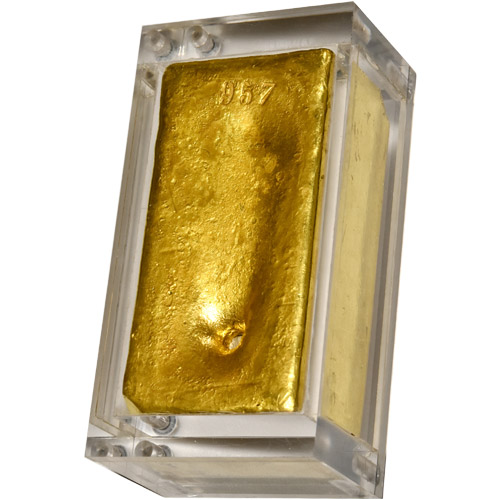 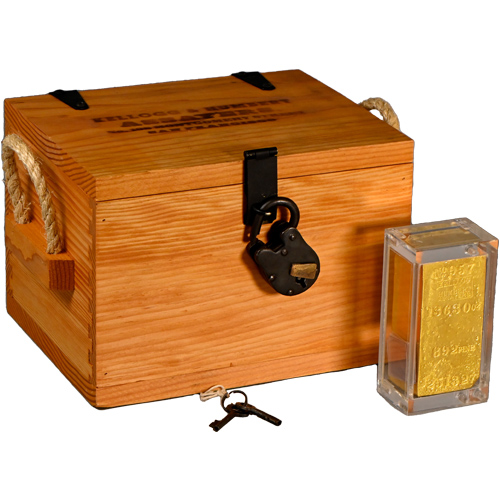 On September 12, 1857, the SS Central America sunk off the coast of the Carolinas during a hurricane. When the ship went down, it took with it 30,000 pounds of gold coins and ingots, and kicked off an economic recession known as the Panic of 1857. In the 20th century, after more than 140 years on the oceans floor, several coins and ingots from the shipwreck were salvaged from the Atlantic and introduced to collectors and investors. Right now, a 136.3 oz SS Central America Kellogg & Humbert Assayers Gold Bar is available to purchase online from JM Bullion.

This 136.3 oz SS Central America Kellogg & Humbert Assayers Gold Bar is available to you inside a clear, protective case with a wooden box for storage. This gold bar went down to the bottom of the Atlantic Ocean, more than 7,000 feet deep, with the wreck of the SS Central America in 1857. The bar will show signs of patina and beautiful toning resulting from more than a century resting on the oceans floor.

Kellogg & Humbert Assayers was a precious metal assaying business in San Francisco in the 19th century. When this gold was mined from California in the 1850s, the assayers at Kellogg & Humbert certified the bars before they were shipped to the banks of New York City and the American East Coast. The bars were first transferred from California to the Panamanian port city of Colon for transfer by rail across the isthmus of Panama to the SS Central America. The Central America then sailed east by northeast toward New York. However, after a port stop in Havana, the Central America ran into a hurricane off the coast of the Carolinas.

As the seas swelled, the saltwater of the Atlantic Ocean overran the decks of the ship and swamped the boiler rooms. With its engines stalled, the SS Central America was at the mercy of the storm and would eventually sink on September 12, 1857. The lost gold set off a panic in American markets that would eventually ripple around the world.

Obverse design elements on the 136.3 oz SS Central America Kellogg & Humbert Assayers Gold Bar include various inscriptions. In addition to the stamp of Kellogg & Humbert Assayers, this field has markings of the serial number, 957, and the weight of the bar, the purity of the gold, and the face value in US dollars from 1857: $2,513.27. Please note, that the total weight of the bar is 136.3 oz, but the gold content is 124.2 oz of .892 pure gold.

If you have any questions about this gold bar for sale, please feel free to ask. JM Bullion customer service is available at 800-276-6508, online using our live chat, and via our email address.