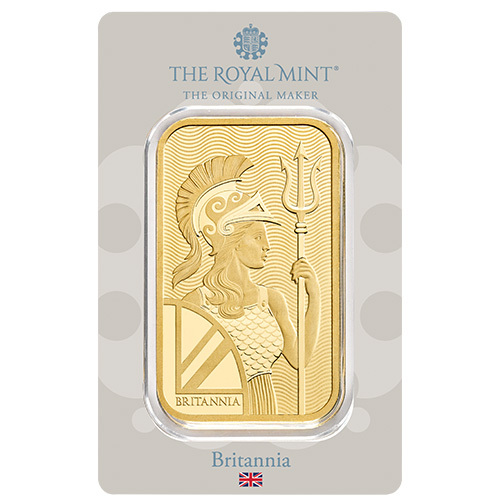 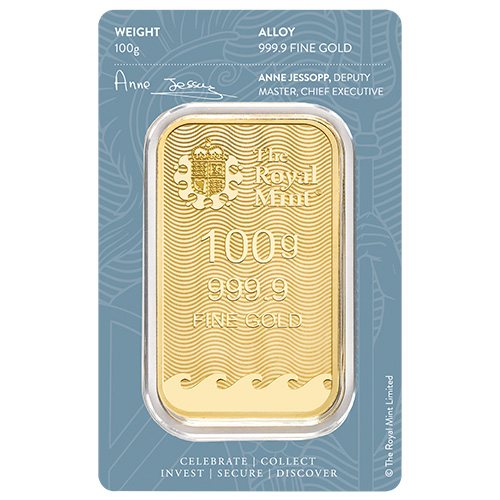 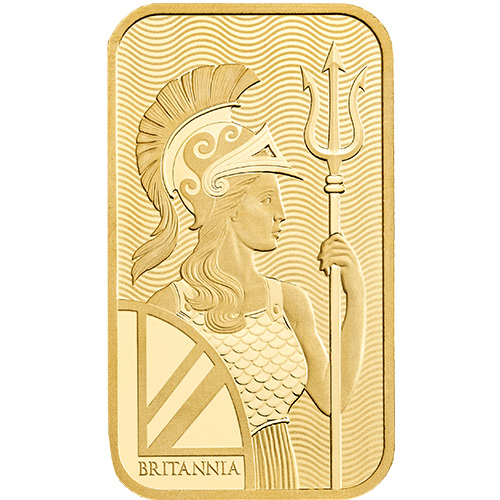 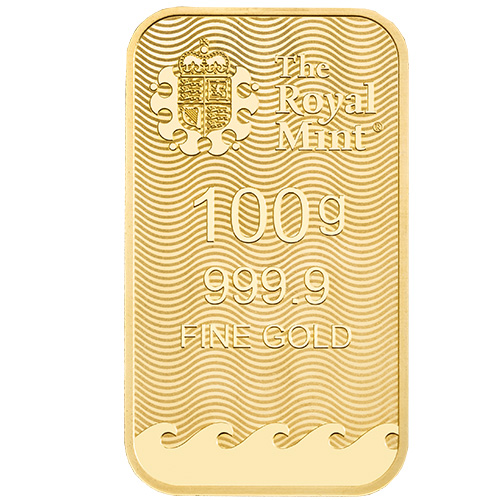 Following the successful launch of the one-ounce Britannia gold bar, the Royal Mint has now made this product available in a variety of other weights, as well. In this listing, you will find the 100-gram version with the traditional Britannia design housed inside a protective assay card. Now, 100 Gram British Gold Britannia Bars are available to you for purchase online from JM Bullion.

The female personification of Britain, Britannia has a rich history dating back to the Roman Empire. When the Romans, led by Julius Caesar, conquered the British Isles, Britannia was used as an emblem of this victory. Following the fall of the Roman Empire, Britannia lay mostly dormant until she was revitalized during the reign of Queen Elizabeth I during the 16th and 17th centuries. This was in part due to the presence of a female Monarch, the expansion of British naval power, and an increase in national pride and patriotism.

Each British Gold Britannia Bar in this JM Bullion listing online will arrive inside a protective plastic card. The front of these cards contains the Royal Mint logo and the British flag. On the reverse, you will find the bar’s hallmarks and assay information. These bars were produced by the Royal Mint and will arrive to you in brand-new condition.

The obverse of 100 Gram British Britannia Bars features the female personification of Britain known as Britannia. In this design by Jody Clark, we see Britannia in right-profile relief wearing a decorative Corinthian helmet. Following classical depictions, she is shown here holding a shield and a trident, both symbols of strength and protection. In the background, there is an elegant swirling pattern.

On the reverse side of 100 Gram British Gold Britannia Bars, you will see the Royal Mint logo. In a design modeled after the Royal arms, this emblem features a quartered shield with a crown on the crest. Beneath this design is hallmarks reading 100g, 999.9 Fine Gold. At the bottom of the reverse, there are ocean waves amidst a swirling line pattern backdrop.

JM Bullion customer service is available to assist you at 800-276-6508 if you have any questions when you buy gold bars. You can also reach out to us live online through our web chat and email address features.