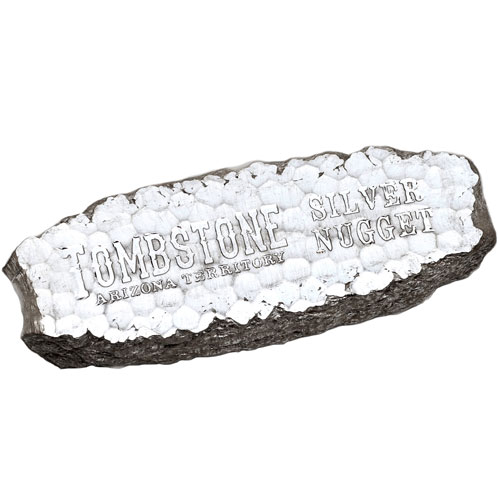 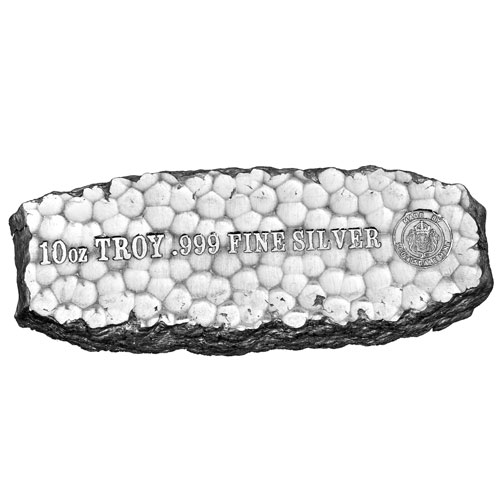 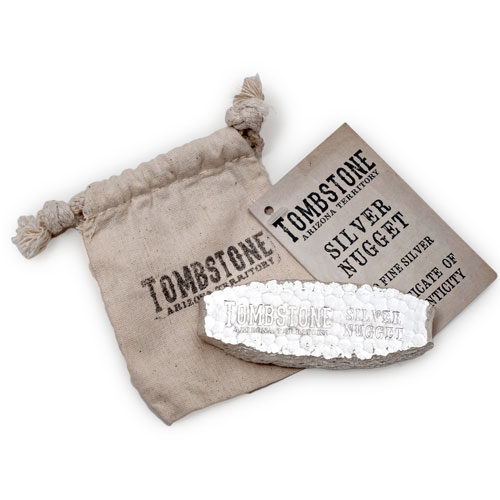 The city of Tombstone will live on forever in the American psyche, but not for the reason most associate. While many Americans think of the lawless American West when the name Tombstone comes up, the town had a much different past than simple scuffles between outlaws and lawmen. Today, the Scottsdale Mint remembers this era with the release of the 10 oz Scottsdale Tombstone Silver Nugget Bar, available from JM Bullion.

For most Americans, Tombstone is engraved in the mind as a place of lawlessness and the gunfight at the OK Corral lives on in the memory as the height of violence. In reality, Tombstone was a boomtown that lived and died with the extraction of silver bullion from mines in the area.

Some estimates put the total amount of silver extracted during the height of the boom in Tombstone at $40 to $85 million. In todays money, that has a monetary value of anywhere from $1.05 billion to $2.24 billion. In fact, renewed mining is planned for the area in response to the modern demand for silver.

On the obverse of the 10 oz Scottsdale Tombstone Silver Nugget bar is the engraving of Tombstones city name and location, Tombstone, Arizona Territory. The region was not a state in the US until 1912, hence the use of Arizona Territory to reflect the regions status during its silver mining heyday.

The reverse face of the bar has engravings that include the bars weight, purity, and metal content. The Scottsdale Mint seal is also emblazoned on this face of the bar. Both sides of the 10 oz Scottsdale Tombstone Silver Nugget bar have dimpled surfaces, adding a rustic appearance to the bar.

Scottsdale Mint is a privately-owned and operated facility located in the Phoenix suburbs. It produces IRA-approved silver products and prides itself on sustainable sourcing of precious metals, such as recycling from other industries.

If you have questions, dont hesitate to ask. JM Bullion associates are available at 800-276-6508, online using our live chat, and via our email address.

Jeffrey from PA - May 07, 2018
"Beautiful silver bar nugget better that it looks worth every cent. Just perfect one of the best pieces I bought from you guys over the years. J.B from East Petersburg,Pa. 2018"

Terri from CA - July 22, 2016
"This is a beautiful piece of silver which arrives in a small gunnysack with a story of silver mining in Tombstone. The bar is as described with a texture that gives it the feel of the old west. It is the perfect gift for young and old. The bar was purchased as a gift to my mom who live in Az; I wish I would have some for my family before the price went up."