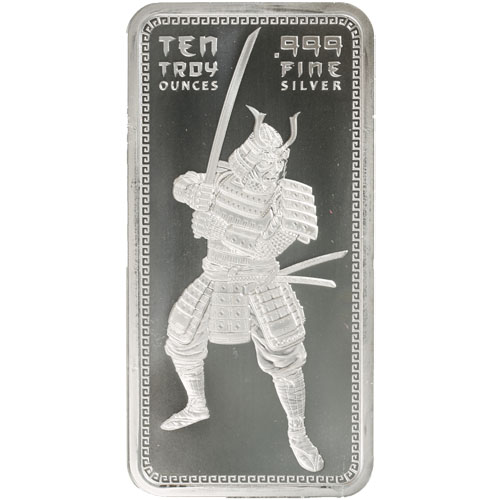 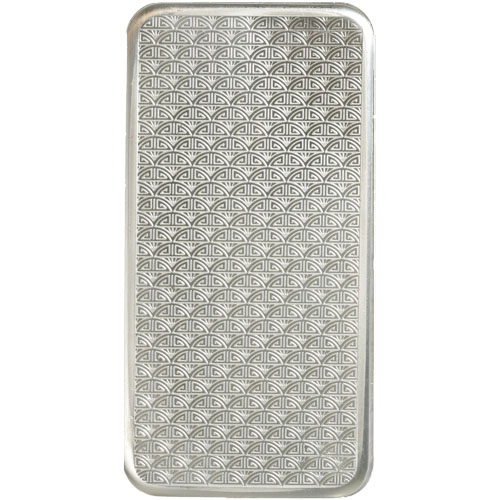 Although Samurai were abolished in Japan in the 1870s, the imagery and weapons of the Samurai remain prominent in Japanese culture today. Over the course of 8 centuries, Samurai were vital to the culture of Japan as a military noble class. There are silver bars for sale that feature the depiction of one of these noble warriors. Now, 10 oz Samurai Silver Bars are available to you for purchase online from JM Bullion.

Throughout the medieval and early-modern era in Japan, Samurai represented a hereditary military nobility in Japanese society and were part of the broader officer caste in society. From the 12th century to the 1870s, Samurai were the warriors and protectors of the daimyo, or great feudal landholders. Among the unique privileges of Samurai was the ability to carry two swords around.

As the medieval period subsided and the peaceful era in Japan known as the Edo era, 1603 to 1868, arrived, Samurai saw a change in responsibility in Japanese society. Rather than having a military responsibility, Samurai were largely stewards and chamberlains of feudal lands. The result was that Samurai gained managerial experience running estates and also became educated.

On the obverse side of 10 oz Samurai Silver Bars is the depiction of a Samurai standing with one sword drawn in a defensive position. He was wearing the family squared off armor of the Samurai as he raises his sword with both hands and takes on a fighting stance with one foot behind and one foot forward. Inscriptions on this face of the bar include the weight, purity, and metal content of the silver bar.

The reverse of 10 oz Samurai Silver Bars features a repeating design pattern. This side uses Japanese artistic stylings and repeats across the surface. All of these 10 oz Silver Bars are available from the Golden State Mint. Located in Central Florida, the Golden State Mint was founded by Jim Pavlakos in 1974 and continues to be a family-owned and operated business with his son Andrew joining the company to help guide GSM into the future.