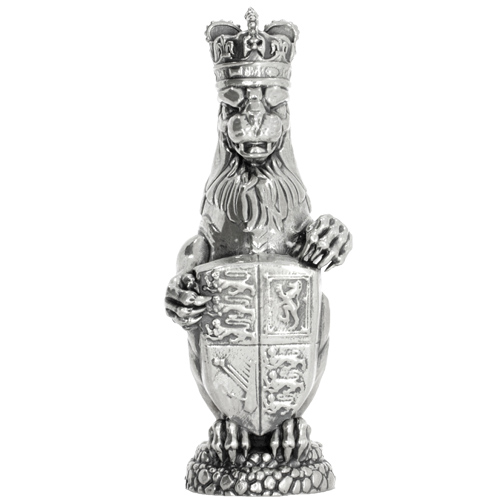 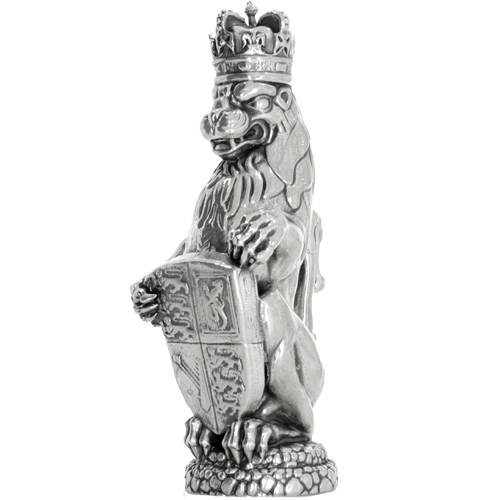 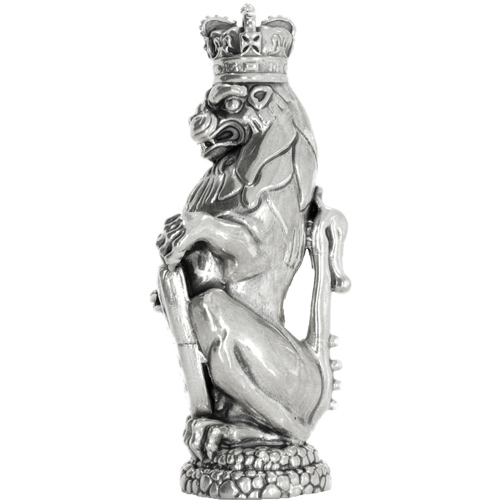 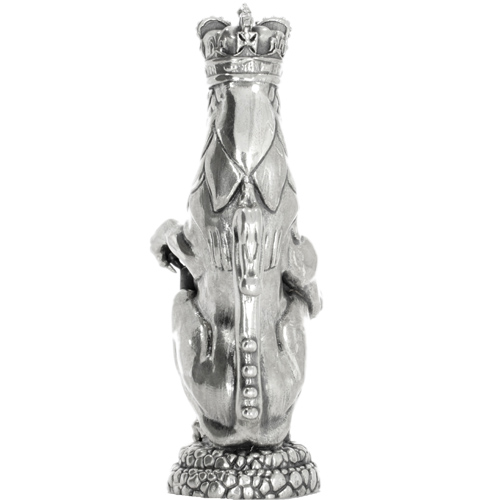 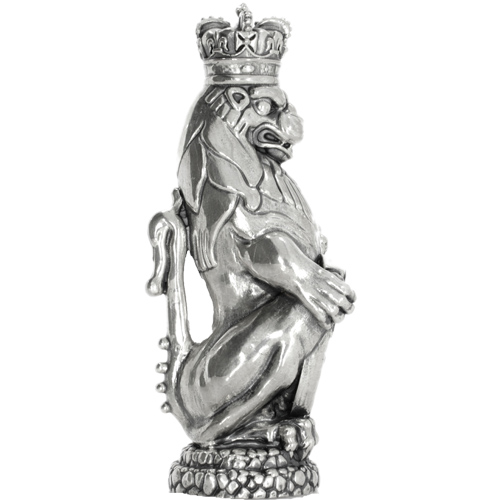 If you missed out on the silver for sale in the Queens Beast Series from the Royal Mint of England, you can still purchase the designs of the 10 heraldic beasts that greeted Queen Elizabeth II as a young woman when she entered Westminster Abbey in early 1953 for her official coronation ceremony. The Queens Beasts are now available as 10 oz silver statues from Hotco. Right now, 10 oz Antique Finish Queens Beast The Lion of England Silver Statues are available to purchase online from JM Bullion.

Each 10 oz Antique Finish Queens Beast The Lion of England Silver Statue is available to you in brand-new condition from Hotco. The silver statues are packaged individually in shipping boxes with protective wrapping. Each of the silver statues comes with an antique polish that creates heirloom-quality visuals and highlights the intricate details of the design. These statues also come with laser-engraved serial numbers on the base and a Certificate of Authenticity that matches the serial number from the base.

The Lion of England is the oldest heraldic beast in the history of the Royal Arms of England and remains its most powerful and beloved figure. The lion was a popular animal in heraldry dating to the first designs of heraldic seals used by Danish, Viking kings prior to the arrival of Danes in England. Specifically, Geoffrey Plantagenet, Count of Anjou, used the lion in his shield. He was the ancestor through whom Henry Plantagenet claimed the throne of England as King Henry II in 1154. His son, Richard I, established the Lion of England as the official emblem on the first-ever Royal Arms of England in 1198.

This lion wears the Imperial State Crown on its head with its forepaws supporting a quartered shield. That shield has the Three Lions of England in its first and fourth quadrants, the Lion of Scotland in the second quadrant, and the Harp of Ireland in the third quadrant. This reflects the member nations of the modern United Kingdom.

If you have any questions, JM Bullion customer service is here to help. You can call us at 800-276-6508, chat with us live online, or email us directly.