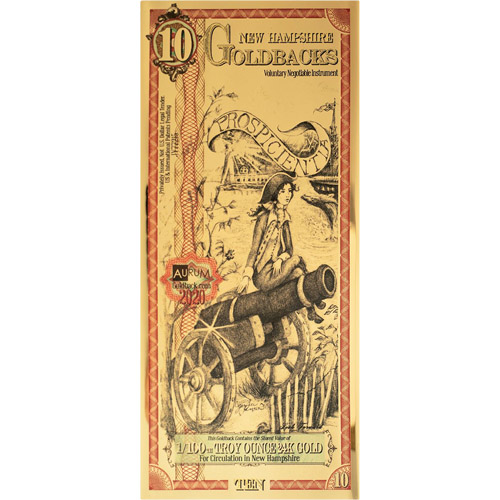 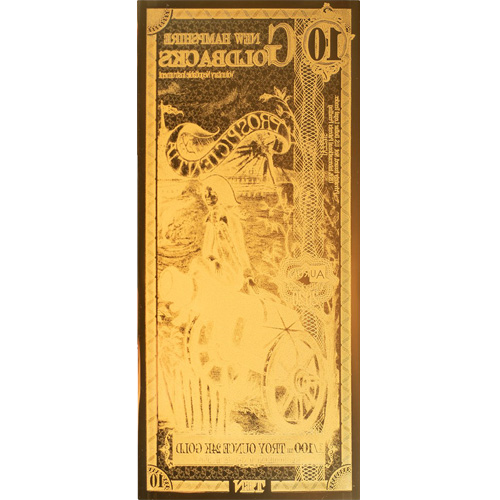 Aurum gold notes are available in a wide range of collections with various different design elements. Some reflect fiat currencies while others offer unique designs chosen by the producers. Goldback Gold Notes stand out as the most unique version of gold notes offered. Each one represents a form of voluntary local currency that can actually be spent commercially. Of course, you can also buy gold notes to invest in 24-karat gold. Now, 10 New Hampshire Goldback Gold Notes are available to you for purchase online from JM Bullion.

Though there were no major engagements during the American Revolution that occurred in New Hampshire. The newest state to issue Goldback Gold Notes as a form of voluntary local currency, New Hampshire was a hotbed of the revolutionary spirit in the colonies of British North America.

In January 1776, the colony of New Hampshire became the first one to break off and form its own independent government. The only battle fought in the colony was a raid that took place at Fort William and Mary. The early rebel units were able to gain a sizable amount of gunpowder, small arms, and cannons to use in fighting against the British for freedom.

Prospicientia is the figure depicted on the obverse side of 10 New Hampshire Goldback Gold Notes. The female allegory shown sitting here is seated with legs crossed on the barrel of a cannon. In the background field, a whale leaps from the water in the harbor. Prospicientia is the Latin term that translates as Providentia. Based in Roman mythology and religion, Providentia is rooted in the Christian concept of divine providence. American colonists seized on the concept of divine providence in rallying Americans to the cause of fighting for freedom from Great Britain.

These 10 New Hampshire Goldback Gold Notes are available to purchase with a protective currency sleeve to house the item. Goldback Gold Notes are issued as a form of voluntary local currency for acceptance in New Hampshire. The notes are not legal tender in the US, but can be used with any vendor that participates in accepting gold notes for payment.

JM Bullion customer service can answer your questions at 800-276-6508. We are also available online through our live chat and email address features.