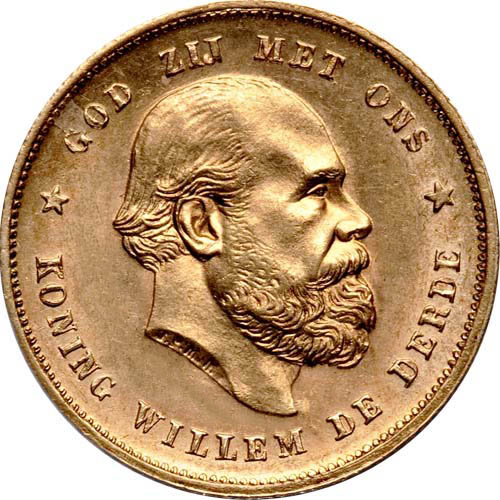 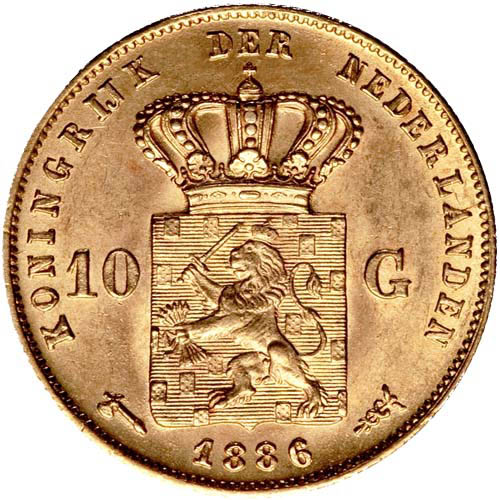 The Dutch guilder was the former fiat currency of the Kingdom of Netherlands and the modern nation of Netherlands. First issued as early as 1517, guilders were widely circulated from the 17th century until 2002 when the nation adopted the Euro currency. Guilders gold coins were issued primarily in the 19th century and early 20th century. Right now, 10 Guilders Gold Coins with the effigy of various Kings of Netherlands are available to purchase online from JM Bullion.

The Kingdom of Netherlands was formed officially in 1815 by Willem Frederik, the Prince of Orange-Nassau. Willem I had previously been the ruler of the Principality of Nassau-Orange-Fulda from 1803 to 1806. In 1813, he proclaimed himself the sovereign prince of a United Netherlands. By 1815, he crowned himself King of the Netherlands.

All 10 Guilders Gold Coins in this listing feature the effigy of Willem I on the obverse side with corresponding date marks of 1818 until 1840. In October 1840, Willem I abdicated the throne of the Kingdom of Netherlands and the crown passed to his son, Willem II. 10 Guilders Gold Coins available in this listing with the image of Willem II on the obverse have date marks ranging from 1841 to 1849 when Willem II died.

Upon his death, his son Willem III rose to power. Willem II would enjoy the longest reign of any King of the Netherlands, ruling over the kingdom from his fathers death in 1849 until his own death in 1890. His 41-year reign was eclipsed only by that of his daughter, Queen Wilhelmina who ruled through the end of the 19th century and guided the nation through two World Wars.