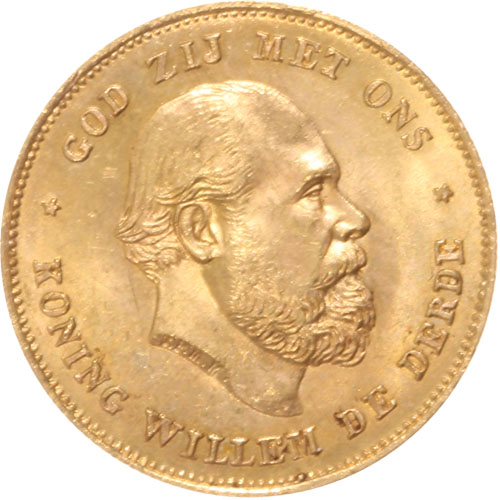 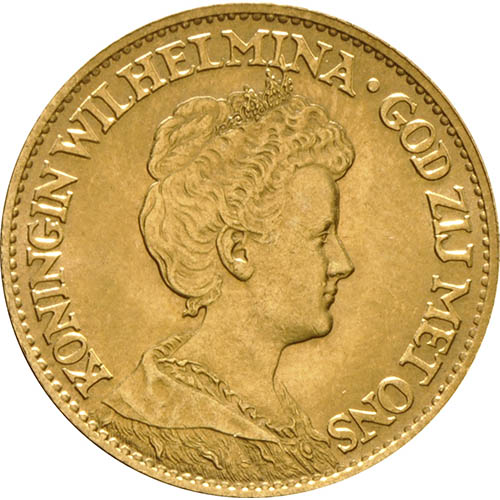 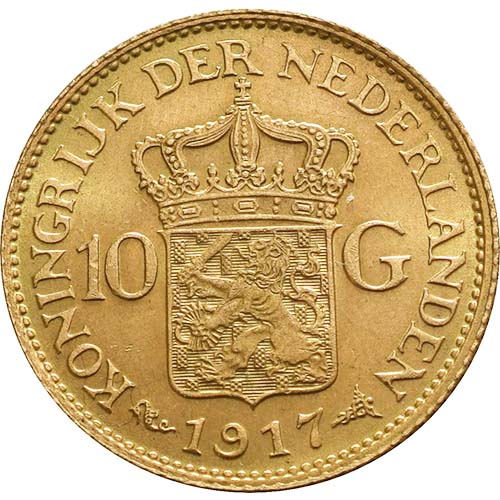 The Guilder was the official national currency of the Netherlands for over 300 years, surviving wartime occupations and countless monarchs before it was abolished with the formation of the European Union and the common currency known as the Euro. Today, 10 Guilders Gold Coins are available to you online from JM Bullion in circulated condition.

Guilder coins were first issued by the Netherlands and Kingdom of Holland in 1680 as the national currency. At that point in history, the kingdom issued the guilder only as a silver coin. It wasnt until 1818 that gold guilders were issued by the kingdom. The mintage history of guilder coins in gold ran from 1818 to 1853, and then from 1875 until 1933 and the onset of a severe economic crisis.

All of the 10 Guilders Gold Coins issued in this product listing are available inside of protective plastic. The coins available here feature a different reigning monarch on the coins obverse based upon the ruler holding the title of King or Queen of the Netherlands. In circulated condition, these coins show signs of wear and tear from handling. The most common design is that of Queen Wilhelmina whose reign of 58 years as Queen of the Netherlands was the longest of any Dutch monarch.

On the obverse of these 10 Guilders Gold Coins youll find a bust of the ruling monarch. As mentioned, the most common specimens available today have one of the four portraits of Queen Wilhelmina issued during her reign from 1890 to 1948. It is, however, possible that the images of three other monarchs could feature on the obverse.

The reverse of all 10 Guilders Gold Coins features the crowned Royal Arms of the Kingdom of Netherlands. There is a face value engraving on either side of the crowned arms and the year of issue is listed on the bottom.

Please feel free to reach out to JM Bullion with questions. You can reach our customer service team at 800-276-6508, online using our live chat, and via our email address.