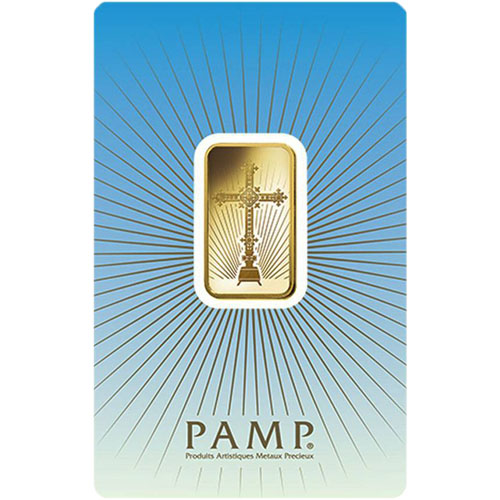 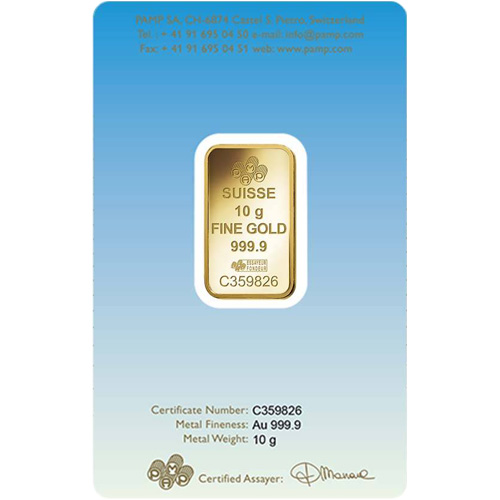 In the new religious series of gold bars for sale from PAMP Suisse, investors have the chance to showcase their faith in their investments with the purchase of bars that represent the worlds major religions. One of the largest religions in the world today, Christianity is represented by its most ubiquitous symbol, the cross. Now, 10 Gram PAMP Suisse Cross Gold Bars are available to you for purchase online from JM Bullion.

Prior to the rise of Christianity, the shape we now know as the cross existed for hundreds, if not thousands, of years in human society. However, before Christians adopted it as an official emblem of the religion, the cross had a darker connotation. The Roman Empire was among many civilizations that would use the shape of a cross with a tall, long arm and a perpendicular shorter arm to crucify people.

Crucifixion was used as a form of torture and a symbol that would strike fear in the enemies of the Roman Empire. It was because of that dark past that Christians adopted the symbol because the messiah, Jesus Christ, was crucified by the Romans. By the 2nd century AD, Christians were using the symbol as an emblem of their faith that connected to Jesus Christ.

On the obverse side of the 10 Gram PAMP Suisse Cross Gold Bar is a very ornate depiction of the cross. Produced in the shape of the Latin cross, with unequal arms, the image includes smaller crosses on each of the four endpoints of the arms.

The reverse side of the 10 Gram Cross Gold Bar from PAMP Suisse comes with an image of the PAMP logo. The company logo is featured at the top of the vertical design field and is situated above inscriptions of the weight, metal content, purity, assayers mark, and the individual serial number assigned to the bar.

These 10 Gram PAMP Suisse Cross Gold Bars are available to you with protective blistercards. The sealed blistercard has a capsule housing the gold bar and an assay card around it in the design. The assay card helps authenticate the weight, purity, metal content, and serial number of the gold bar.

JM Bullion customer service is available to assist you with any questions at 800-276-6508. You can also chat with us live online or email us directly.