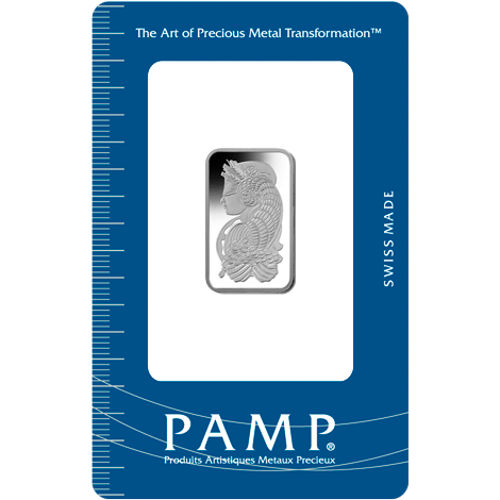 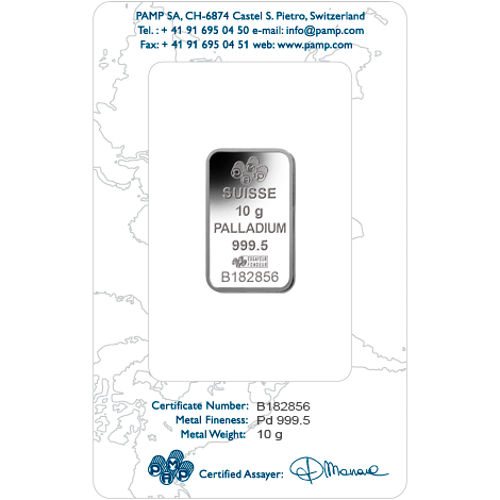 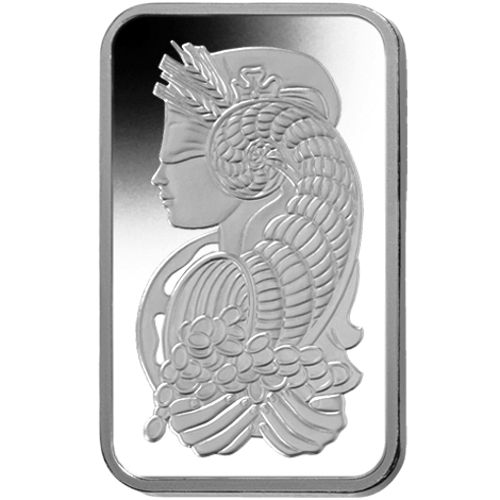 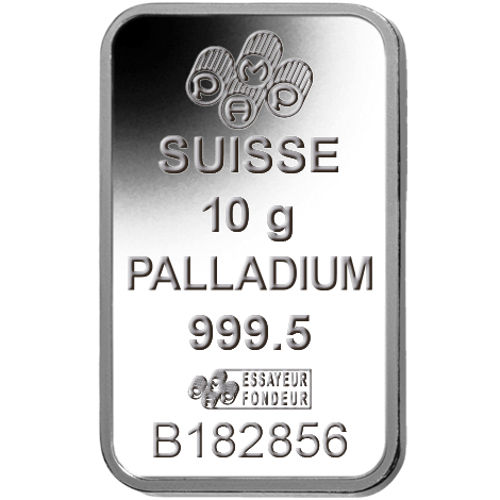 The precious metals industry has seen unprecedented growth and expansion in the 21st century. Among the more coveted products and designs at this time is the Fortuna bar from Switzerland’s PAMP Suisse refinery. Right now, the 10 Gram PAMP Suisse Fortuna Palladium bar is available for purchase from JM Bullion, and each comes with an Assay card to authenticate the product.

Palladium is part of the platinum metals group, and even has a finish and appearance that often mimics that of platinum. This precious metal is one of Earth’s rarest, and the bulk of it occurs underground in vast tracts of land in South Africa, Montana in the United States, Ontario in Canada, and the Norilsk Complex in Russia.

The obverse face of this 10 Gram PAMP Suisse Fortuna Palladium Bar features the left-profile portrait of Fortuna, complete with a cornucopia on her head that spills forth a bounty of coins captured by her hands at the bottom of the design.

PAMP Suisse is part of the multinational MKS Group. Originally founded in Ticino, Switzerland in 1977, it is now associated with the Geneva-based MKS Group, a multinational precious metal and financial services firm with offices around the world, including in the United States.

If you have any questions, please feel free to reach out to JM Bullion at 800-276-6508. We’re also available online using our live chat and email features.