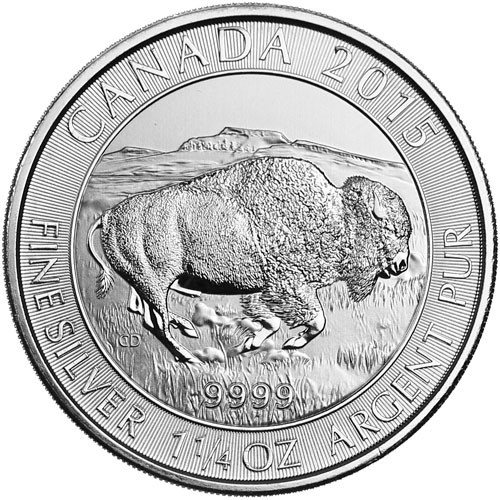 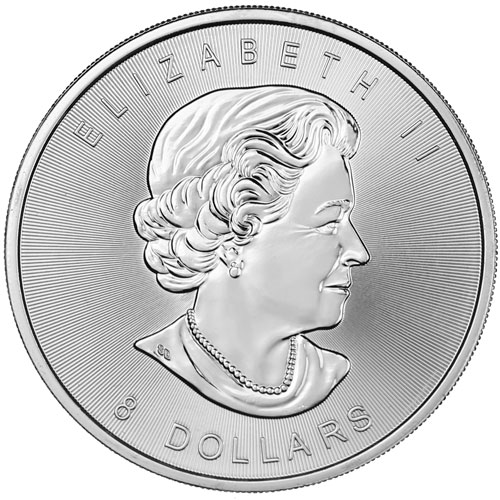 The 1.25 oz $8 Canadian Silver Bison Coin is a recently introduced silver bullion coin in the precious metals marketplace. Offered by the Royal Canadian Mint annually since 2015, these coins are exclusively released each year with a new design and available initially only from JM Bullion. Right now, you can purchase the 1.25 oz $8 Canadian Silver Bison Coin online from JM Bullion.

Each of the 1.25 oz $8 Canadian Silver Bison coins in this listing is available to you in random condition. The condition of the coin you receive is dependent upon the available in our warehouse when your order is processed for shipping. The coins will come with a year of issue mark dating from 2015 to 2017.

For the 2015 release, the reverse design features the North American bison as it runs across the open plains of Canada, with rolling hills visible in the distant background. On the reverse for 2016 is the image of a bison standing at the waters edge, its head lowered to drink from the stream. In the background, a jagged rockface rises to meet the horizon.

The 2017 Canadian Silver Bison Coin is the image of the wood bison, which is more numerous throughout Canada than the American plains bison. The bison is captured on the open plains of Canada in left-profile relief, with its massive figure dominating the coins design field. Youll notice grasslands under its feet and clouds rolling across the sky above.

As is customary, the right-profile portrait of Queen Elizabeth II from Susanna Blunt is featured on the obverse. Her Majestys effigy is included alongside engravings that read Elizabeth II and the face value of the coin as 8 Dollars. The micro-laser engraved radial lines and maple leaf added to the Maple Leaf bullion program in 2014 is now available on the 2016 Canadian Silver Bison coin. This includes radial lines visible on both sides, and a maple leaf privy on the reverse that bears in the year of issue, visible only under intense magnification.