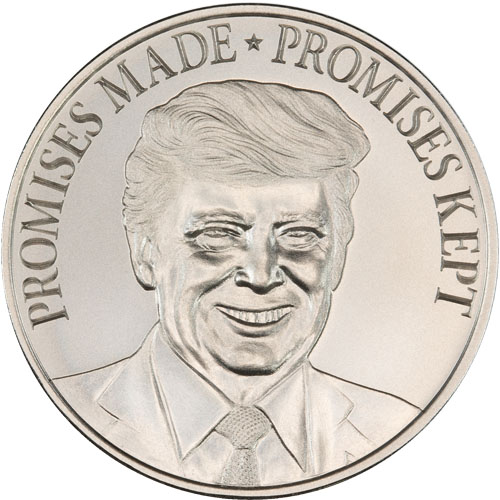 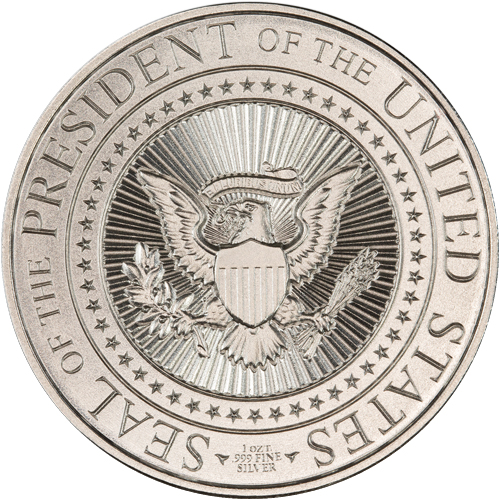 No matter what you think of him, whether or not you voted for him, President Donald J. Trump is without question the most-talked-about President of the United States of America. From his late-night Tweets to his raucous political rallies, President Trump is indeed unique and the Intaglio Mint has a round design celebrating the man who made and kept his promises. Now, 1 oz Trump Promises Made, Promises Kept Silver Rounds are available to you online for purchase from JM Bullion.

The 45th President of the United States of America, Donald J. Trump won the 2016 US general election over Hillary Clinton. The Republic candidate broke down the so-called Great Blue Wall of the Democratic Party in the middle-American states of Pennsylvania, Ohio, Michigan, and Wisconsin to shock the world with an impressive Electoral College victory.

Like only a handful of presidents before him, Donald Trump won the Electoral College, but lost the popular election. He played the mathematics of the Electoral College perfectly by appealing to disaffected middle-income Americans from the Midwest and other locales. In addition to winning the states of the Great Blue Wall, he won the pivotal states of Florida and Texas in the South. The only places he did poorly were the major urban centers of both coasts of the United States.

On the obverse of 1 oz Trump Promises Made, Promises Kept Silver Rounds is the image of a smiling President Donald Trump in front-facing relief. The Trump Administration loves a good slogan in can hammer home with the media, from “Make America Great Again” to “Keep America Great.” Here, you will find another of the talking points of his administration: “Promises Made, Promises Kept.”

This slogan refers to President Trump’s dogged determination to do the things he promised the American people he would do if he won the election. He’s diverted funds to rebuilding the border wall on the US-Mexico border, renegotiated the NAFTA Trade Agreement, and launched a trade war with China.

The reverse face of the Trump Promises Made, Promises Kept Silver Rounds bears a depiction of the Presidential Seal. Around the outer rim is “Seal of the President of the United States.” One ring in from that is a set of 50 stars. The inner-circle has radial lines in the background and the heraldic eagle over it.