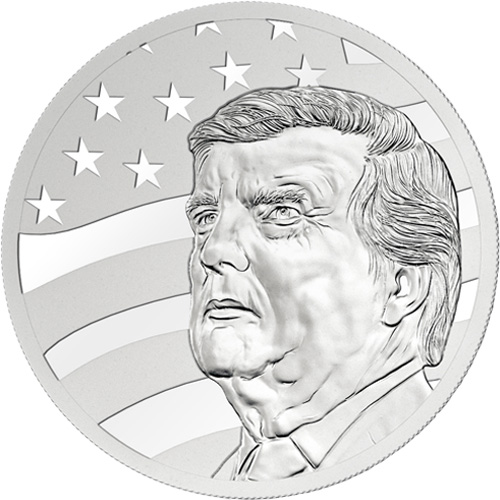 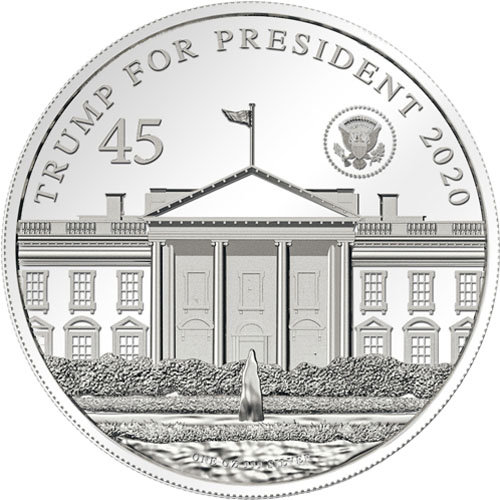 The first term in office for President Donald J. Trump, 45th President of the United States of America, has been one of the most tumultuous in American history. It would seem there is no more polarizing figure to have held office. In the eyes of many, he can do no wrong, while others take exception with every choice he makes. As President Trump prepares for reelection, precious metals enthusiasts can nab a 1 oz silver round in honor of his second run for office. Now, 1 oz Trump for President 2020 Silver Rounds are available to you for purchase online from JM Bullion.

When President Trump ran for office in 2016, he ran on a platform promising to Make America Great Again. Trump’s view of the world was one in which American wealth, jobs, and manufacturing had entirely moved overseas and he was determined to rebuild the nation from the ground up.

Throughout his first term in office, President Trump set out on his mission to rebuild the country. Among his campaign promises, he wanted to bring jobs and manufacturing back to the United States of America. As such, he launched a trade war with China to shift the balance of power in America’s international trade and protect American jobs. Other campaign promises included building a wall on the southern border and reforming immigration in the United States.

On the obverse side of the 1 oz Trump for President 2020 Silver Rounds is a depiction of President Donald J. Trump. This left-profile shot of the president puts his figure in front of the Stars and Stripes in the background field.

The reverse face of 1 oz Trump for President Silver Rounds includes an image of the White House in Washington D.C. This view of the White House captures the fountain and the columned northern façade of the residence facing Lafayette Square. There are also markings that include the seal of the presidency, the number “45” for Trump’s position in the list of Presidents of the United States, and a slogan for his 2020 run.

These 1 oz Trump for President 2020 Silver Rounds are available to purchase in Brilliant Uncirculated condition. Silver rounds in this release come inside of individual protective plastic flips.

JM Bullion customer service is available to answer your questions about these rounds at 800-276-6508. You can also chat with us live online or email us directly.