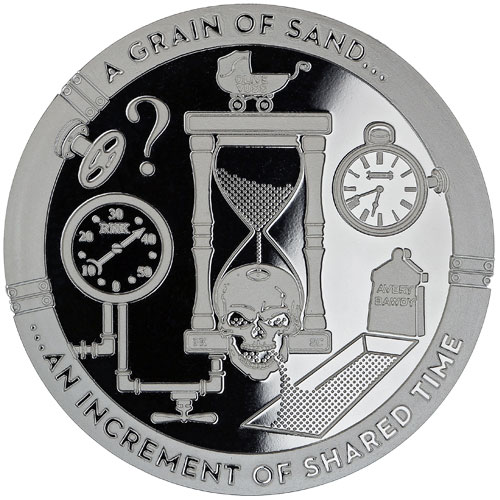 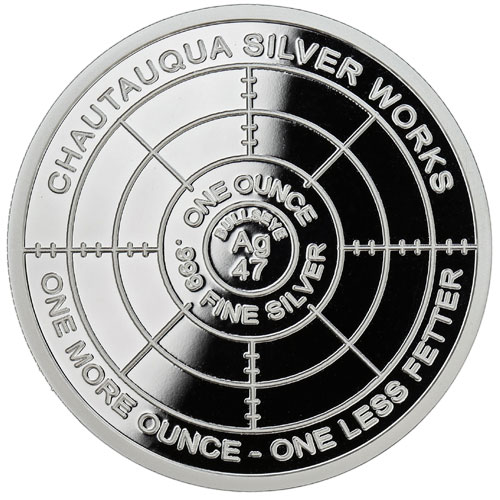 Time has a way of slipping past without anyone noticing. The hourglass is one of the most time-tested means of tracking the passage of time, and it was chosen as the central design in a silver round series from the Chautauqua Silver Works. Right now, the 1 oz TIME Series A Grain of Sand Silver Round is available from JM Bullion in proof-like condition.

The first release in the TIME Series of silver rounds featured the image of the moving gears that power a clock. For the second design in the series, the creators have found a design element that anyone can understand at first glance.

An hourglass is often used in reference to the lifespan or remaining time in someones life. As a means of torture, captors would often use an hourglass to show their captives just how much time was left in their lives, as indicating in this silver rounds design by the human skull at the base of the hourglass from which the sand pours out into an open grave.

On the obverse side of the 1 oz TIME Series A Grain of Sand Silver Round youll find the image of an hourglass in the center of the design, complete with a myriad of different and crucial elements. Atop the hourglass is a baby carriage, indicating early life, while the human skull spews sand into an open grave with a headstone marked Avery Bawdy, indicating we all head from life to death with the sands of time.

The reverse side of the round features the marksman scope that serves as common imagery for Chautauqua Silver Works, complete with the periodic symbol and number for silver, and the rounds weight, purity, and metal content.

If you have questions, weve got answers. Please dont hesitate to contact JM Bullion at 800-276-6508, chat with us live online, or email us directly.