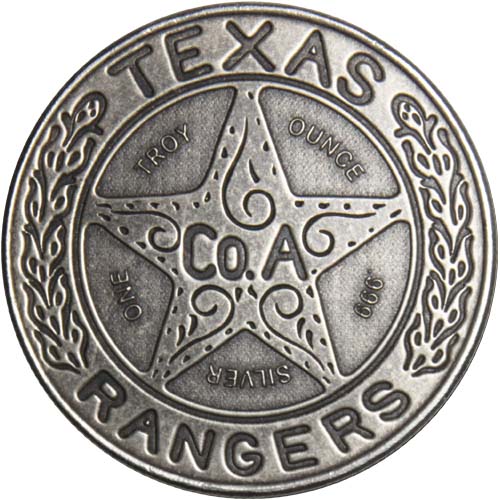 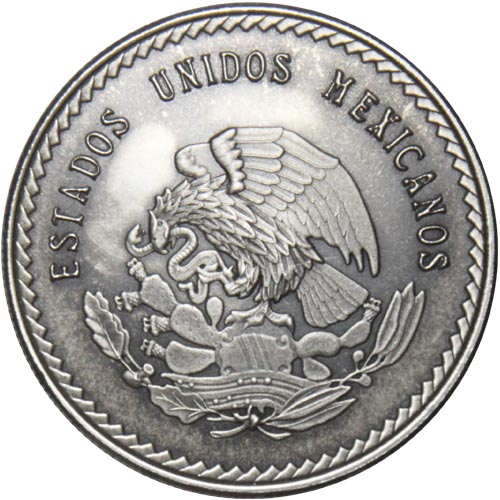 There is no law enforcement agency in the United States with a deeper, richer history than the Texas Rangers. Originally formed in 1823 by Stephen F. Austin, the Father of Texas, these men roamed the wide open ranges of southern and western Texas fighting against native tribes and Mexicans. Right now, 1 oz Texas Ranger Wagon Wheel Badge Silver Rounds are available to purchase online from JM Bullion.

Each of the 1 oz Texas Ranger Wagon Wheel Badge Silver Rounds featured in this listing has a beautiful patina to its finish. This lends a sense of old-world charm to the finished product, giving the viewer the feeling that these badges were actually worn by the original Texas Rangers.

Austin formed the original band of Texas Rangers in 1823 to protect a group of families, believed to number between 600 and 7000, who had just settled in West Texas following Mexico’s victory in the Mexican War of Independence. It wasn’t until 1835 that the modern-day Texas Rangers were actually formally established.

On the obverse of the 1 oz Texas Ranger Wagon Wheel Badge Silver Round you’ll find an ornate design reflecting the first badges ever issued to members of the Texas Rangers. The center of the design contains the Lone Star of Texas, with its five points anchored around the edge of the design field on the so-called Wagon Wheel design. Engravings include “Texas” above and “Rangers” below. The “Co.A” in the center of the Lone Star doesn’t denote a Certificate of Authenticity, but rather, that its bearer was a member of “Company A” of the Texas Rangers.

The first badges issued to Texas Rangers were made around 1899 and are reflected in this design. The badges were made from Mexican 5 Peso silver coins, and as makeshift products were most likely crafted by jewelers, metalsmiths, and gunsmiths of the day. Each badge helped identify Texas Rangers in the line of duty and separate them from other Texas law enforcement agencies.

On the reverse of each Texas Ranger Wagon Wheel Badge you’ll find the design from those original Mexican 5 Peso silver coins. These silver rounds include the stylized image of the Ring of Serpents of the Aztec, and feature a design of a bald eagle that was eventually adopted by the Mexican nation as its coat of arms.

Steven from - February 05, 2019
"Wow these Texas Ranger Badge Rounds are a very nice tribute to a proud breed of Texas law enforcement. Excellent."

Matthew from PA - February 22, 2018
"Handsome piece of Silver! Brings Western Heritage to life! A must have!"

Charles from CA - January 27, 2018
"These classic rounds really are handsome, perfect gifts for anyone on any occasion. The photo does scant justice - in hand they are very impressive. Intaglio Mint always does a great job, and this issue is no exception."

Mike from OH - January 13, 2018
"Very nice coin! Looks better in the hand than in the picture. I like the patina touch."