1 oz Texas Come and Take It Silver Round (New) 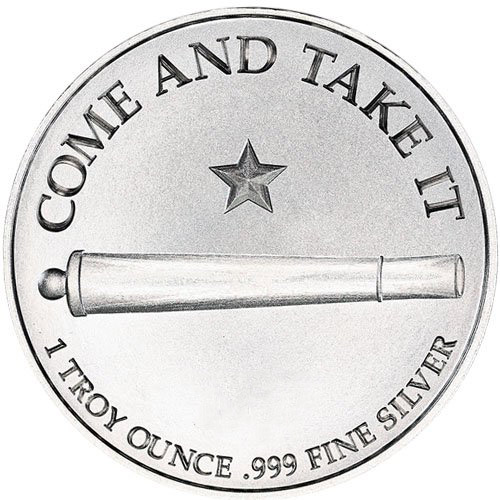 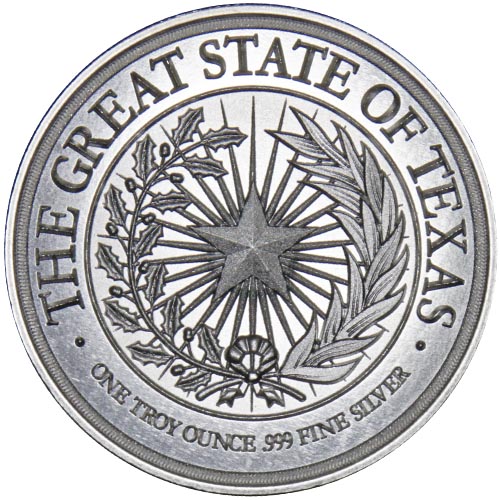 The state of Texas has a rich history that includes time as an independent nation, free of Mexican rule and not yet part of the United States. With this big history comes big attitude and confidence. Texas isn’t shy to sport that confidence either, from politics to sports. The Texas Revolution was sparked by bravado, and the centerpiece of that fight was a cannon. Today, the 1 oz “Come and Take It” Silver Round is available to you online from JM Bullion.

It should come as no surprise that a shot from a gun or cannon is responsible for starting a war, whether intended or not. American Revolutionaries fired the “shot heard round the world” at Lexington and Concord to launch their revolution to free themselves from British rule. Texans fought back against Mexico following Mexico’s freedom from Spanish rule, and did so through words more than a single gunshot.

All 1 oz Texas “Come and Take It” Silver Rounds feature the Gonzales Cannon. The Spanish-made piece of bronze artillery was delivered to the people of Gonzales, Texas in March 1831, when Texas was part of a free Mexican nation. The people of Gonzales requested the cannon for defense against native tribes, but it would end up starting a war that led to independence for Texas and the formation of the Republic of Texas.

On the reverse of the 1 oz Texas “Come and Take It” Silver round is an image of the Lone Star of Texas above the Gonzales Cannon. By October 1835, the Mexican Military had made several requests to take back the cannon, but Texans refused to relinquish the field artillery piece. The confrontation came down to a meeting of armies. The Texans pointed to the cannon 200 yards at their rear and told the Mexican Army, “There it is – come and take it.” This launched the Battle of Gonzales, considered the first battle of the Texas Revolution.

The obverse of the Texas “Come and Take It” Silver Round features the Texas State Seal. One major modification made was done by the Intaglio Mint, which added the word “Great” into an engraving that reads “The Great State of Texas.” The design itself is based on the seal from the original Republic of Texas, adopted January 25, 1839. The seal for the State of Texas was adopted through the 1845 Texas Constitution.

Please feel free to reach out to JM Bullion with questions at 800-276-6508. We’re also available online using our live chat and email address.

C from TX - December 28, 2017
"At first I found this coin plain as compared to many other coins I have purchased. After looking at the history behind the design I realized the simplicity was what made the coin very special. The cannon in the center draws ur attention to a simple fact. Bravado. Texas will never give up its weapons. Just ask what the governor said when Obama talked about taking our guns. The great State of Texas seal is on the obverse."