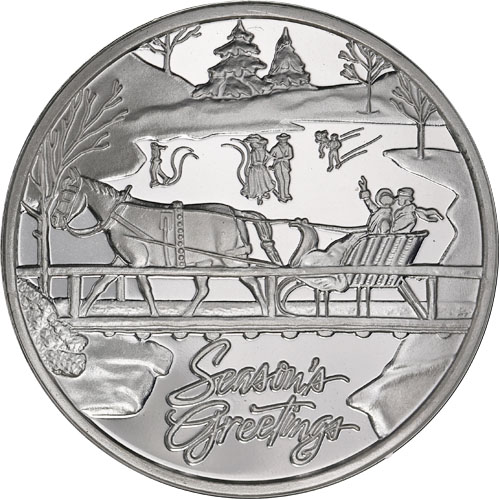 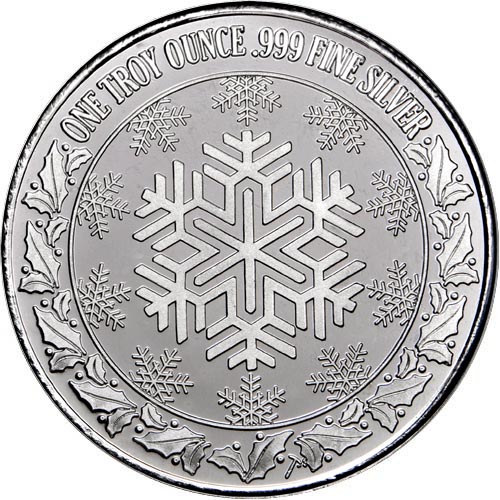 If you want to take in the scenery, lights, and dcor of the Christmas season, theres no better way of doing it than in a one-horse open sleigh. Dont live where theres snow? Maybe you hate the cold. Well, the sleigh ride can come to you in the form of silver for sale from JM Bullion. The 1 oz Sleigh Ride Silver Round is now available for purchase online from JM Bullion.

Jingle Bells might be one of the most popular Christmas songs sung in America during the holiday season. It was actually written in 1850 and published in 1857 by James Lord Pierpont and published originally under the title One Horse Open Sleigh, which is fitting given the prominence of that mode of transportation in the song.

The song was not originally intended for use specifically as a Christmas song or carol. However, given the scenery depicted in word through the song, it quickly became a popular song of choice at this time of year. Even in the 21st century, people will take in snowy sleigh rides during the Christmas season as part of the celebration.

On the obverse of obverse of the 1 oz Sleigh Ride Silver Round is a beautiful and intricate visual display. A chilly creek winds its way through the design from the foreground to the far background. It is flanked on either side by snowy banks and the frosted fir trees of the background set the perfect stage for winter.

The highlight of the design is a small wooden bridge crossing over the meandering creek. On this bridge a single-horse-drawn sleigh slowly moves along as a couple enjoys the scenery set around them on this stunning ride.

SilverTowne was founded in rural Indiana in 1949 as a small coin shop. After three decades in operation, it earned recognition in 1973 for producing silver bullion of the Highest Quality Standards. Today it operates its facility in Winchester, Indiana and is known as one of Americas premier private mints.

We encourage JM Bullion customers to contact us with questions. You can reach out to us online through our live chat and email address, or simply call us one the phone with your inquiries at 800-276-6508.