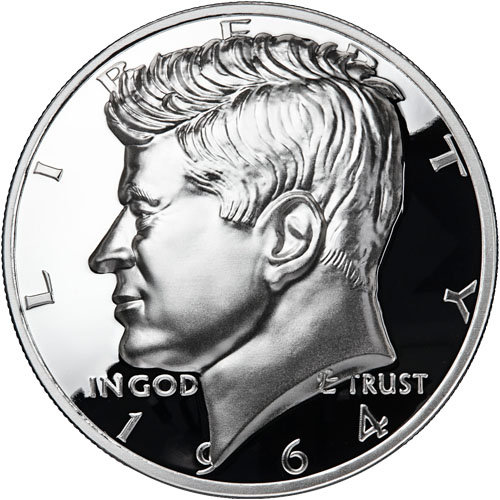 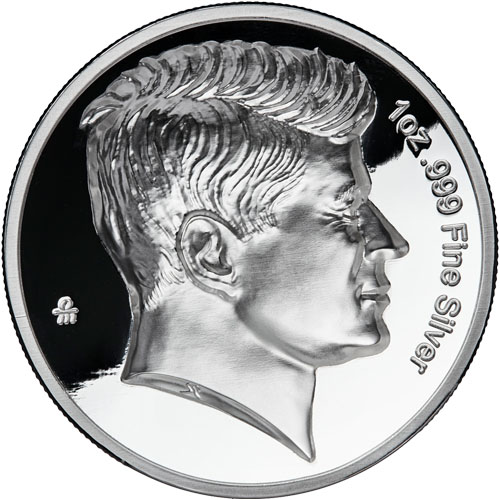 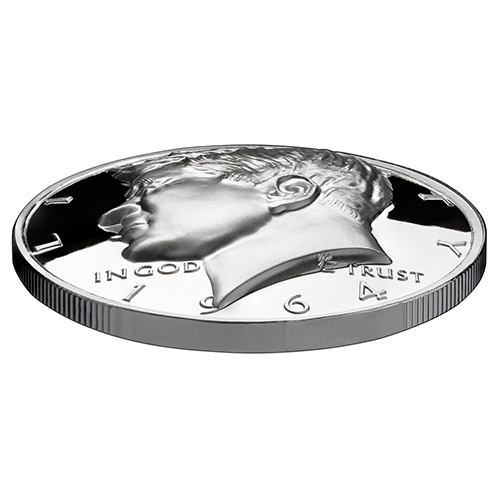 The American Legacy Collection of domed silver rounds from the Osborne Mint includes four distinct designs from the history of circulation US currency. The designs were not released in order of appearance in circulation, but the final issue does align as the most-recent release from the US Mint. The Kennedy Half Dollar design concludes this brilliant series of silver for sale. The 1 oz Proof Domed American Legacy Kennedy Half Dollar Silver Round is now available to you for purchase online from JM Bullion.

A clean-cut, clean-shaven man, President John Fitzgerald Kennedy embodied the hope and determination of pre-Vietnam War America. Kennedy was the youngest man ever elected to the office of President of the United States when he won the 1960 presidential election and with his victory, he brought a new era of hope.

Tragically, his life and the hope his presidency brought the nation were cut short. President Kennedy was assassinated in Dallas, Texas, in November 1963 and would quickly go on to be immortalized on American currency. By January 1964, a design for the Kennedy Half Dollar was ready and the coins were released into circulation by March 1964.

On the obverse of the 1 oz Proof Domed American Legacy Kennedy Half Dollar Silver Rounds is a depiction of President John F. Kennedy in left-profile relief. The domed side of the round enables an extra-deep relief for the design strike, delivering 10 times the depth of the average high-relief and highlighting the intricacies of the design elements. The effigy shown here is the same created by US Mint engraver-artist Gilroy Roberts in the 1960s for Kennedys Presidential Medal, which was then adapted for the Kennedy Half Dollar.

The reverse of Proof Domed American Legacy Kennedy Half Dollar Silver Rounds comes with the same portrait of Kennedy. On this side of the rounds, the portrait is struck in the opposite right-profile relief and struck onto a sunken surface.

These 1 oz Proof Domed American Legacy Kennedy Half Dollar Silver Rounds are available with custom-fitted protective capsules and feature a numbered Certificate of Authenticity. The number on the COA matches the edge-lettered serial number.

We encourage JM Bullion customers to contact our team members with questions. You can call us at 800-276-6508, chat with us online, or send us an email.