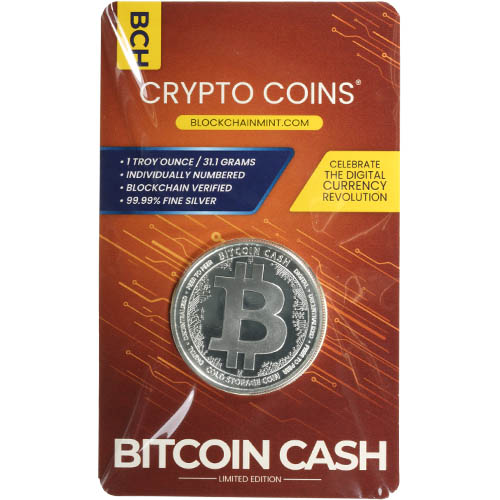 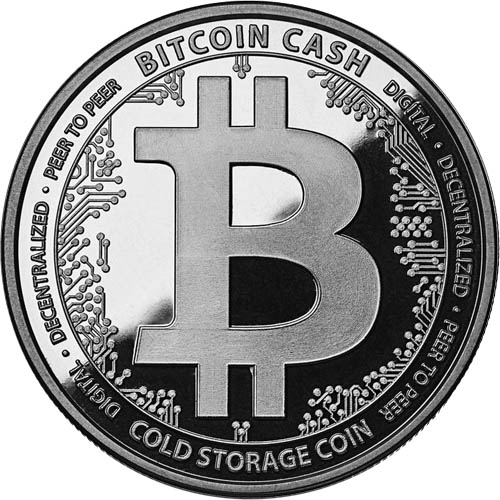 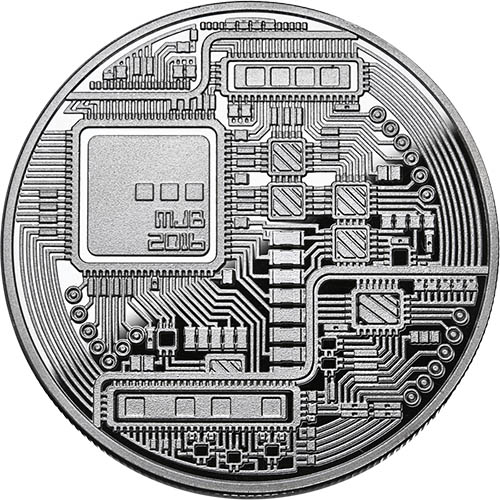 Bitcoin has been around longer than any other crypto currency out there, but after almost ten years of availability, it underwent a historic split in August 2017 that created a separate branch of Bitcoin known as Bitcoin Cash. Overnight, those with Bitcoin suddenly owned equal amounts of Bitcoin and Bitcoin Cash. Today, 1 oz Proof Crypto Commemorative Bitcoin Cash Silver Rounds are available to you online from JM Bullion.

When Bitcoin was launched in 2009, the blockchain technology that powered its recording ledgers limited the number of total Bitcoin that could ever be mined by developers and coders. In an effort to increase the total block size of Bitcoin, a group of developers released a code change in August 2017 that created a “hard fork” in Bitcoin’s blockchain. The result of this change was the creation of Bitcoin Cash.

All of the 1 oz Proof Crypto Commemorative Bitcoin Cash Silver Rounds in this product listing come with a protective plastic capsule to house the silver round and feature a Certificate of Authenticity. The individually numbered rounds in this series are proof options that have frosted design elements and mirrored background fields.

On the obverse side of the 1 oz Proof Crypto Commemorative Bitcoin Cash Silver Round is the image of the logo for Bitcoin Cash. The symbol here is the same as the original Bitcoin, a capital “B” with two vertical lines through the letter. Bitcoin Cash was created by the split of Bitcoin in 2017 and resulted in owners of Bitcoin holding an equal amount if Bitcoin cash.

Please don’t hesitate to reach out to JM Bullion if you have any questions. Our customer service team is available to you at 800-276-6508, online using our live chat, and via our email address.