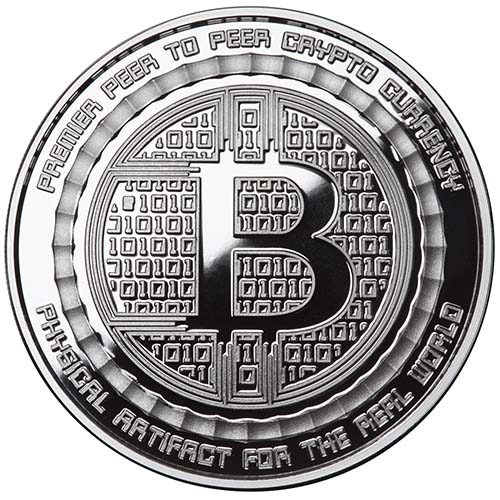 Theres been no greater craze in financial markets through 2017 and 2018 than crypto currencies. The oldest and most popular form of crypto currency is Bitcoin, which launched in 2009 as a means of anonymously buying and selling goods. Anonymous Mint has led the charge with beautiful, limited-issue Bitcoin silver rounds for sale in recent years. The 1 oz Proof Bitcoin Icon Silver Round is now available to you for purchase online from JM Bullion.

Crypto currency became a popular concept in the midst of the Great Recession. The introduction of Bitcoin occurred at the very moment that the recession had hit its deepest lows, and many Americans and others around the globe quickly became suspicious of banks due to the role they played in the economic downturn.

It is rumored that an individual named Satoshi Nakamoto registered Bitcoin, but most now believe this individuals name to be fake. Much as Bitcoin is meant for anonymity, the real inventors of Bitcoin remain unknown to this day. The key to Bitcoin and other crypto currencies is the lack of an actual, physical currency you can hold.

Anonymous Mint makes it possible to hold the likeness of Bitcoin in your hand with an exciting 3rd release of silver rounds featuring the now-popular symbol of this leading virtual currency. The new 1 oz Proof Bitcoin Icon Silver Round follows the Bitcoin Guardian and Bitcoin Anonymous rounds. Each round is an exclusive release with JM Bullion when issued by Anonymous Mint!

Each 1 oz Proof Bitcoin Icon Silver Round has an obverse design that features the image of the Bitcoin symbol, which consists of a capital letter B with two vertical lines struck through it similar to a US Dollar symbol ($). The background field bears a computer code, just as the currency exists in the digital world itself.

The reverse of the Bitcoin Icon Silver Round features a design referred to by Anonymous Mint as the Crypto Icon. There are a collection of icons on this face that have become synonymous with crypto currencies over the past decade. Included are images of the cloud, piggybank, pickaxe, and shopping cart, among others.

The 1 oz Proof Bitcoin Icon Silver Round is available with a proof design, providing frosted design elements on a mirrored background field. Each round has its individual serial number engraved on the edge and comes with an included Certificate of Authenticity.

We encourage JM Bullion customers to reach out to us with questions at 800-276-6508, chat with us live online, or email us directly.