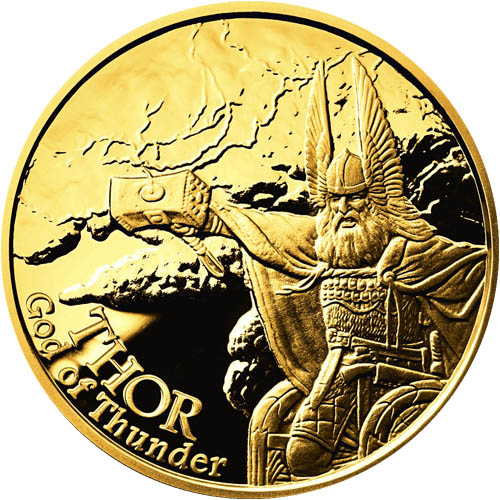 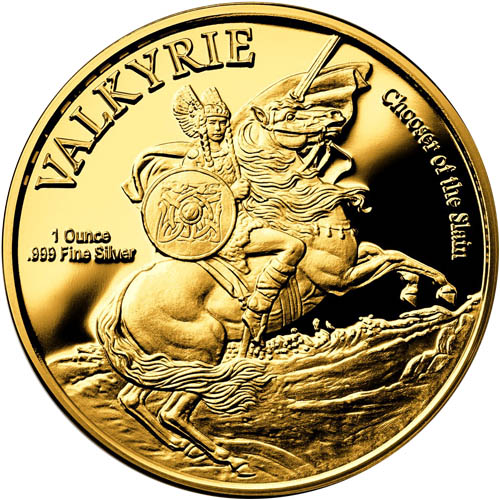 With the power of a hammer no other mortal or immortal can control, Thor rides through the skies on his thundering chariot driven by goats hurling Mjolnir to defeat his enemies. One of the more famous deities in Norse mythology, Thor remains a popular figure to this day, due in large part to his prominence in Marvel Comics. Right now, 1 oz Norse God Series Thor Silver Rounds are available to purchase online from JM Bullion.

Each of the 1 oz Norse God Series Thor Silver Rounds available to you in this product listing comes with a protective plastic capsule. These particular Norse God Series Thor Silver Rounds have a beautiful application of 24-karat gold. The application of this thin layer of pure gold is limited to select design elements and is used to create visual contrast between those designs and the background field of the silver round.

The God of Thunder, Thor possesses the power to control a number of different natural phenomena. Though he is most closely associated with thunder and lightning, Thor is also said to control wind, rain, fair weather, and even agricultural crops. As he presides over the skies, Thor rides along in a chariot pulled by twin goats. These powerful goats have Norse-language names that translate as Tooth-gap and Tooth-gnasher.

Obverse design elements of 1 oz Norse God Series Thor Silver Rounds depict Thor as he rides along on his chariot. In this design, you can see Thor holding out his hammer, Mjolnir, as he rides along. The power of Mjolnir begins to gather as lightning bolts form in the sky and reach toward the hammer in Thor’s hand. Thor is shown with a strong, thick beard as he faces rearward in his chariot while riding along.

Reverse imagery on the Norse God Series Thor Silver Rounds depicts a member of the Valkyrie riding through the sky. Members of the Valkyrie were all female warriors chosen by Odin to select who lives and dies in human battles. The Valkyrie would storm through the skies above on powerful steeds as the battle waged below, selecting together with Odin which warriors lived and which would die. Those who fought and died valiantly were taken by the Valkyrie on horseback to Valhalla, Odin’s great hall in Asgard.

If you have any questions when buying silver, please don’t hesitate to reach out to JM Bullion. Our customer service team is available to you at 800-276-6508, online through our live chat, and via our email address.